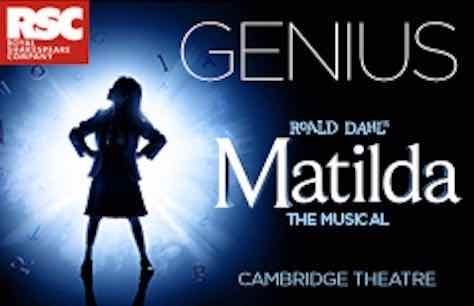 See Matilda The Musical, with London tickets to the multi-award-winning show. Matilda is inspired by Roald Dahl’s book and tells the story of a little girl who dares to take a stand and change her own destiny with the power of her imagination and sharp mind. The show has won over 90 international awards, including 23 for Best Musical. Produced by the Royal Shakespeare Company, the cast includes Gina Beck as Miss Honey, Marianne Benedict as Mrs Wormwood and Alex Louize Bird as Swing. The show is on in the heart of London’s West End at Cambridge Theatre.