Discover Harry Potter World London with a visit to the Harry Potter Warner Bros Studios. Go behind the scenes to get a glimpse of the making of the Harry Potter movies. You’ll get to see the awesome sets, costumes and props all used in the filming of the movie series including The Great Hall, Diagon Alley, the Forbidden Forest, Platform 9¾ and more! The Harry Potter Warner Bros. Studio Tour is the highest rated attraction in the world every year since it opened in 2012! A perfect day out for all the family, and a must-see place on any visit to London, tickets are available to purchase online with transportation from the capital. 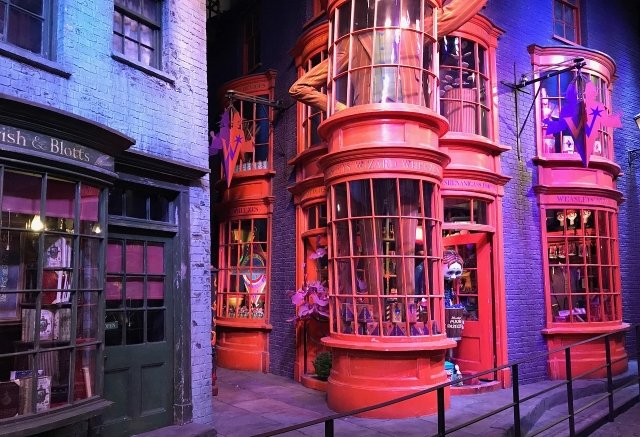 Harry Potter Warner Bros. Studio Tour London is one of the most popular attractions in the world, with over 6,000 visitors a day! This means that tickets get booked up months in advance. We recommend planning your trip early and buying your tickets at least 6 weeks in advance.

Do not turn up to the Harry Potter Warner Bros. Studios without a ticket! You won’t be let in to this magical world and will leave extremely disappointed! If you see that tickets are sold out, we’ve come up with a last-minute guide to finding tickets. Make sure to check all the options carefully! 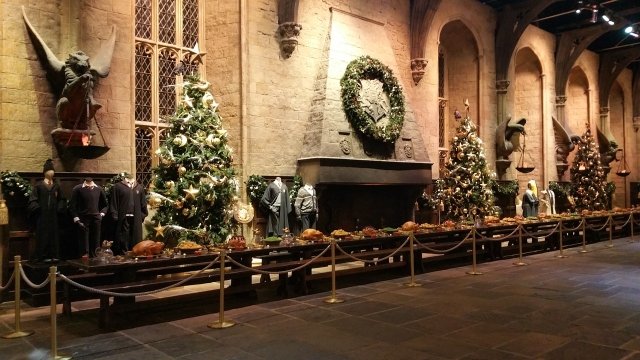 See the original Hogwarts Express steam engine train that sits next to a recreation of Platform 9¾, the famous place that brings students to and from Hogwarts school. This is probably the most iconic picture of the Studio Sets and you can enter the train, take a selfie next to the Platform 9¾ sign and the luggage trolley that disappears into the wall.

First seen in the Harry Potter and the Philosophers Stone movie, the forbidden forest borders the ground of Hogwarts School, and has been painstakingly recreated at this magical Harry Potter world in the Warner Bros. Studio London. Also known as the dark forest, this epic area is traditionally a no-go area for students, but is where Harry and his friends have some of their most exciting adventures. In its recreation at the studio, you’ll get to see the giants spiders including a massive version of Aragog, amazingly tall trees and spooky vegetation, and more incredible life-like creatures! 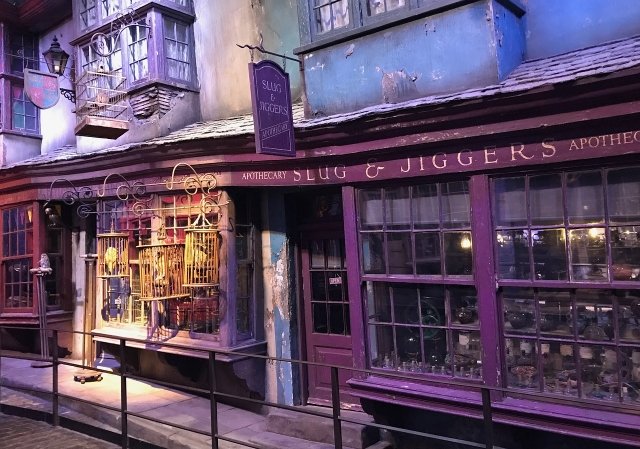 Take a trip down Diagon Alley, the Wizarding shopping street full of restaurants, shops, and other sights. On this magical Harry Potter world, you’ll pass the Leaky Cauldron pub on your way in, and then enter the alley, completely hidden from the muggle world surrounding it. Warner Bros. Studio London has recreated some of the iconic places such as Gringotts Wizarding Bank, located on the North side of the alley. There’s also Ollivanders, that famous wand shop they say was founded all the way back in 382 B.C, making the finest wands in England! You’ll also see the boarded up windows Florean Fortescue Ice Cream Parlour and the joke shop named Weasleys’ Wizard Wheezes.

Enter into the Great Hall, the main meeting space in Hogwarts Castle, where students and teachers eat, and is also the place where they receive their owl post. The Great Hall is huge! Four long tables surround the room, which are used for eating, with the staff table (the High Table) at the top. You’ll get to see the Throne Chair, where the headteachers sits, as well as the amazing decorations like the floating candles. The Great Hall has been recreated in the Harry Potter World London studios and this is the first thing you’ll see when you enter! 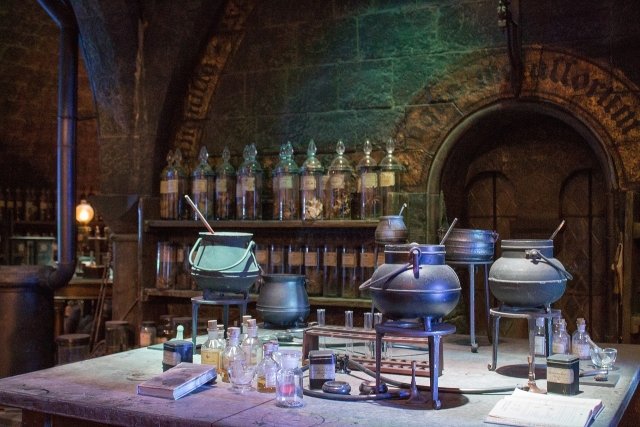 The potions classroom was located in one of the dungeons of Hogwarts Castle and is was used for teaching potions. The studio has recreated over 950 potion jars, each filled with interesting objects like shrunken heads or dried bones. The room at the studio was used in the filming of both Harry Potter and the Order of the Phoenix and Harry Potter and the Half-Blood Prince.

There are two cafes at Harry Potter Warner Bros. Studio, each serving a varied menu of hot and cold foods ranging from sandwiches and salads to cooked meals. You can also try a butterbeer, which is that popular wizarding drink! There is also a picnic area if you decide to bring your own food.

The Warner Bros. Studio put on special exhibits throughout the year, that explore different aspects of the magical Harry Potter world. From Christmas themed Hogwarts in the Winter to Dark Arts and Goblets on Fire, stay tuned to find out what’s on, and the special displays that might be available during your visit. Any special exhibits will be included in your normal ticket price, so there are no additional fees on the day.