Our day tour of London takes you to 5 amazing landmarks plus a river cruise along the Thames! It’s a great way to get an overview of the city, brought to life by our friendly tour guides. We use luxury coaches with free wifi to drive you around on the best day tour of London!

where will you go?

Departing London Victoria at 8am, we start the day with a panoramic drive through the city seeing the Houses of Parliament and the London Eye as we head to our first destination.

Visit St Paul’s Cathedral, one of the world’s largest churches with the second largest dome in the world. Rebuilt after the Great Fire of London in 1666, it was the tallest building in London right up until 1962. Explore this amazing cathedral that was the wedding venue of Princess Diana and Prince Charles, who is now King Charles III 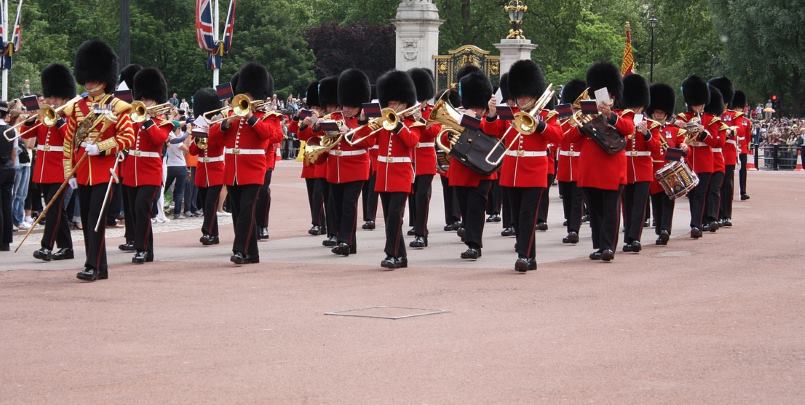 Arrive at Buckingham Palace, home of the King. We’ll admire the wonderful exterior of one of the most famous buildings in the world. AND we’ll get a chance to see the really impressive Changing of the Guard Ceremony. It’s definitely something not to miss! 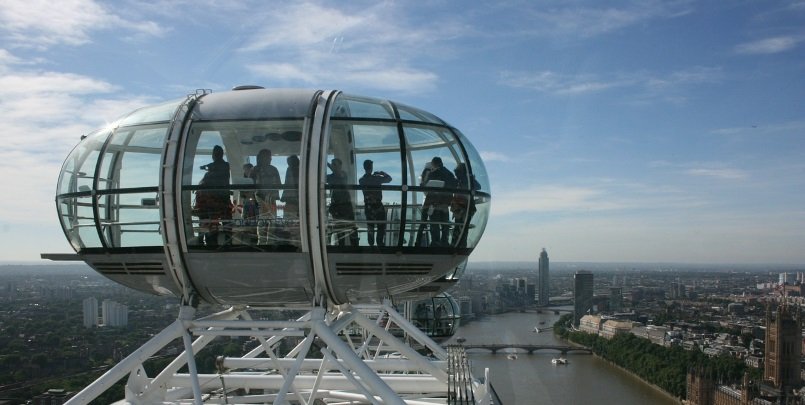 Enjoy a ride on the London Eye. Take in amazing views of iconic landmarks including the Houses of Parliament, Big Ben, Westminster Abbey, The Shard, the River Thames, Buckingham Palace, Tower Bridge, St.Paul’s Cathedral, Hyde Park and so much more!

Our tour of London continues with a cruise along the River Thames. Enjoy wonderful views of major London landmarks. including Tower Bridge, The Shard, St. Paul’s Cathedral, Shakespeare’s Globe, Big Ben and the Houses of Parliament.

Upgrade your experience by taking an afternoon tea River Cruise. You’ll get to enjoy a delicious meal of scones with jam, clotted cream, finger sandwiches, cakes, tea and more.

Visit the Tower of London which is almost 1,000 years old! Today, the Tower of London houses an amazing collection of jewellery including the Crown Jewels! You’ll have time to walk around this impressive fortress and learn about its long history on your guided tour. It was built as a Royal Palace and medieval defence system, although it’s best known as a notorious prison, where criminals were “sent to the Tower” to be locked up.

Exclusive Feature: Get acquainted with the legendary Beefeaters during an exclusive tour with one of the Yeoman Warders!

We offer four options when booking this tour. You can choose to visit all the attractions or just some of them.

All end times are approximate, depending on traffic conditions.

St Paul’s Cathedral is the first place we will visit on our full day tour of London. This is one of the most instantly recognizable cathedrals in the world. The cathedral has been here for over 1,400 years, and after the 1666 Great Fire of London was rebuilt by Sir Christopher Wren – a task that took him 35 years to complete. It has played an important part in national life and is where the funeral of Sir Winston Churchill and Margaret Thatcher took place. It is also where Prince Charles and Diana got married in 1981. The dome was inspired by St Peter’s Basilica in Vatican City and is the second-largest cathedral dome in the world. The tomb houses over 200 monuments, including the tombs of Lord Nelson, the Duke of Wellington and the architect Sir Christopher Wren.

the Tower of London:

The Tower of London is one of the highlights of our full day tour of London. This UNESCO World Heritage Site is recognized as one of England’s most iconic landmarks. It was built in 1066 by William the Conqueror to demonstrate the power of the Norman conquest, as well as to act as a fortress and gateway into London. Today, it is the best-preserved 11th Century fortress-palace in Europe. The palace has become a symbol of both royalty and terror. It was used as a prison for hundreds of years, and during those times saw many executions.

Our full day tour of London ends with a ride on the London Eye. After a long day seeing the best sights in the capital, sit back and relax as you take a 30 minute ride. The London Eye is located on the River Thames, and you’ll get to take in wonderful views of the city. On a good day you can see views of up to 25 miles! You’ll ride in the comfort of a fully air-conditioned capsule that is designed to optimize your viewing experience.