Our guide to Little Venice, one of London’s most beautiful off the beaten track spots. It’s the perfect place for finding a little peace and quiet amongst the hustle and bustle of the capital. The area is particularly popular on the weekend with locals out for a stroll with their dogs. Starting at the Paddington Basin, this lovely walk will take a few hours, and traces the path of the Regent’s Canal. Alternatively, hire your own private picnic boat and set sail along the Regent’s Canal in style! 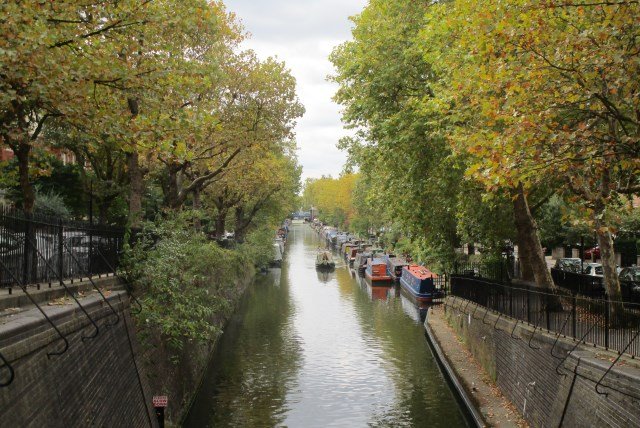 London’s Canals were built at the height of the industrial revolution and were a key component in Britain’s booming economy at the time. The area known as Little Venice was a term given by locals to a particularly beautiful stretch of the canal network. Little Venice is where the Paddington Arm of the Grand Union Canal meets the Regent’s Canal, and it’s a large open body of water. Today, many luxury homes surround the canal. 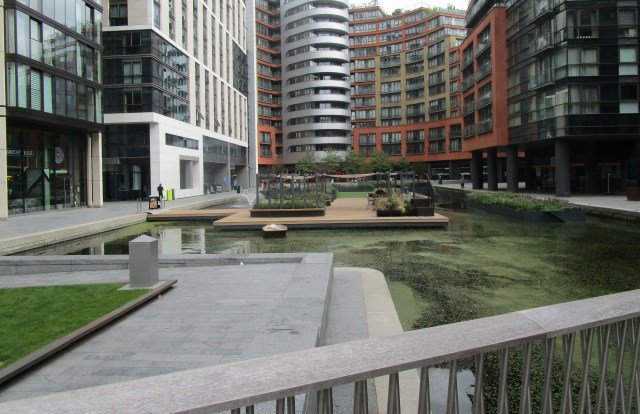 Paddington Basin, at the start of Little Venice

Our Little Venice walk begins at The Paddington Basin, which is located a short walk from Paddington Station. This is a newly gentrified area that has a lot of office blocks and apartment buildings. A local landmark are the two bridges, known as the Fan Bridge and the Rolling Bridge. Each one raises itself in a dramatic theatrical display, (you can see them in action in a Youtube video here) and it’s so popular that there are even public bridge “performances” every Wednesday and Friday at 12pm and on Saturday’s at 2pm.

Walk alongside the Canal 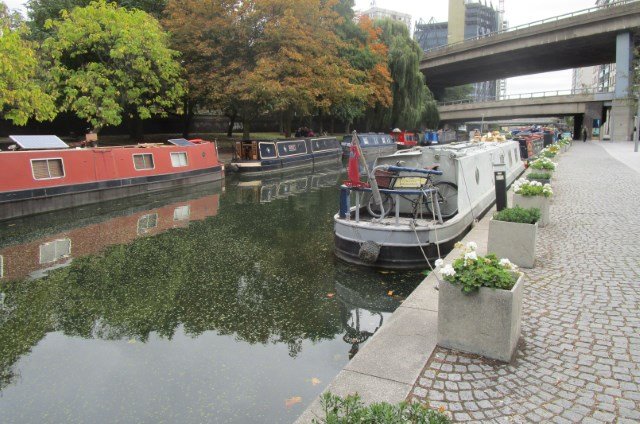 Alongside the Little Venice Canal

Follow the path along the side of the canal and you’ll begin to see the diverse and rapidly changing Little Venice neighbourhood. Old warehouses and dilapidated buildings are making space for brand new state-of-the-art office and apartment blocks. At times like an impressionist painting, the two sides of the waterway are decorated by colourful barges with deep reds and bright blues contrasting against the greenish coloured water. Along the way, you’ll also pass by a parade of newly built shops and cafes in a development that’s known as Paddington Central. 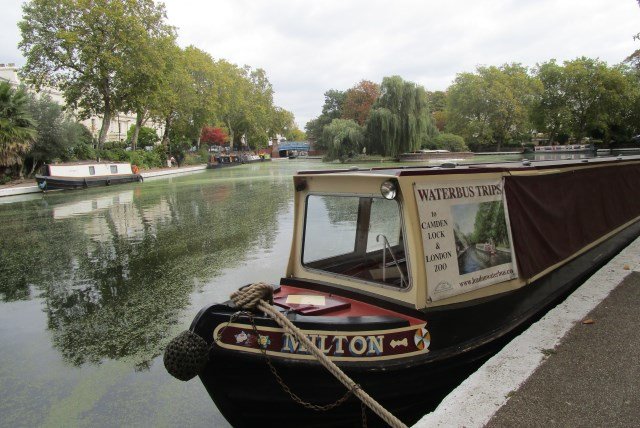 Canal Trip along the Waterway

At the heart of Little Venice, there are riverboat trips that run throughout the day. They start at Little Venice and end in Camden Lock Market, with a 1-way ride lasting around 55 minutes. The canal ride passes through Regents Park and The London Zoo, and there’s an option to disembark and visit the Zoo. If you are planning on having a full day out in London, then it’s a good idea to spend the morning in Little Venice, then hop on a canal boat, and spend the afternoon in Regents Park, London Zoo or Camden.

Top tip: Book your tickets for a canal boat trip in advance!

Continue following the pathway by the side of the canal and you’ll reach Cafe Laville. This iconic local landmark is perched on one of the bridges that cross the canal and is the perfect place to have something to eat or drink. Try to sit at one of the two tables outside on the terrace, where you’ll get a view like in the picture above!

It’s about a 15-minute walk through the upscale and leafy neighbourhood of Maida Vale to get to Abbey Road. The iconic zebra crossing that featured on the Beatles album cover is still there today, and it’s always crowded with people stopping and posing in the middle of the zebra crossing (to the annoyance of local motorists who grumpily wait to get past the zebra crossing and continue on their journey!). There’s even a live webcam that shows you what’s going on at the crossing in real time! And whilst you can’t actually visit the studios, there’s a gift shop next door that sells all kinds of Beatles memorabilia, with CD’s, t-shirts and other unique gifts. We also offer several Beatles Tours in London that are perfect for fans of the Fab Four.