Soho London is a mix of great restaurants, bars, shops and nightlife. It’s an interesting place to walk around during the daytime, with lots of boutique shops and market stalls to see. At nighttime the district comes alive with lots of clubs, bars and restaurants. There are lots of small boutique hotels in the area, and the area is also known for its LGBT friendliness, along with its burlesque shows.

There are many ways to get to Soho London. We’ll start our self-guided walk from Oxford Circus Underground, one of the busiest tube stations in London that runs on the Bakerloo, Central and Victoria Lines. But you could easily start from other stations like Tottenham Court Road (Central & Northern lines) or Piccadilly Circus (Bakerloo & Piccadilly Lines). 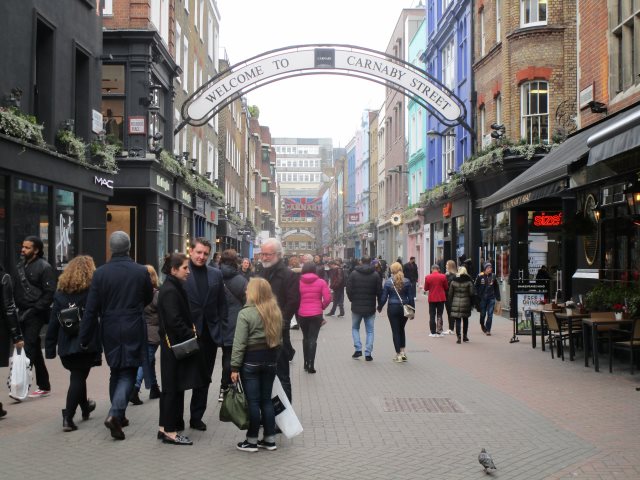 Carnaby Street used to be the place to go to for all things cool during the swinging 60’s. Even today, it still retains its hipster and lively vibes. You’ll find loads of shops, restaurants and bars along this pedestrianized street that makes up the heart of the Soho London district. From major brands like Fred Perry, Barbour and Puma to one-off specialist shops, this is a great place to go for gift shopping. 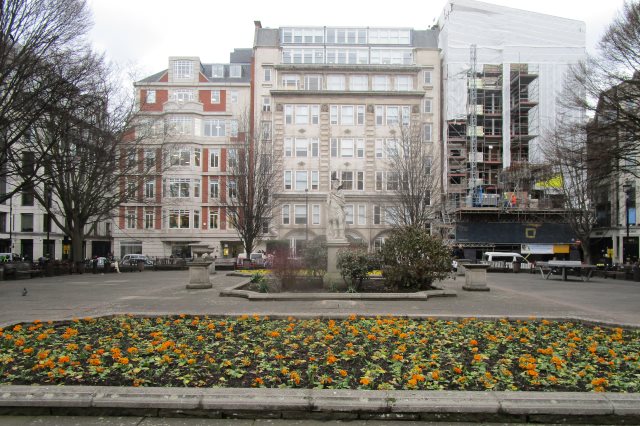 At the bottom of Carnaby Street, take a right and a left onto Golden Square…

This is one of the most important squares in London that once upon a time used to be home to all the major foreign embassies. Today, a beautiful square with a statue of King George II stands in the middle, and at the southern end lies Nordic Bakery, a wonderful cafe situated in Soho London well-known for its coffee and great Scandinavian food. 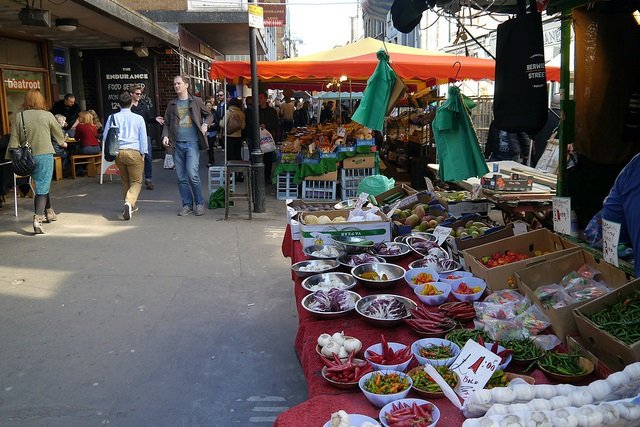 Take a right onto Lower James St and a left onto Brewer Street, which is full of little independent shops and cafes. From here take a left into the little alleyway called Walkers Court which leads onto Berwick Street.

Berwick street market, which stretches all the way from Walker Court up to Yauatcha restaurant, is a great place to have lunch and sample some of the authentic street food. There are also loads of stools selling fresh fruit and vegetable, along with iconic vinyl shops and small boutique stores. 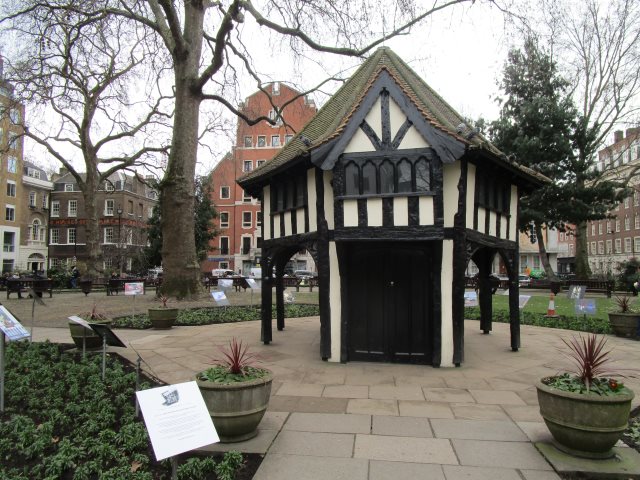 From Berwick Street, we suggest weaving your way through some of the charming narrow allyways of Soho London, heading towards Soho Square. (For example, along D’Arblay, Sheraton & Carlisle Streets.)

Soho Square is another pretty square located in the area. You’ll find a big statue of King Charles II in the middle of the square, as well as a pretty wooden gardeners hut (picture above). 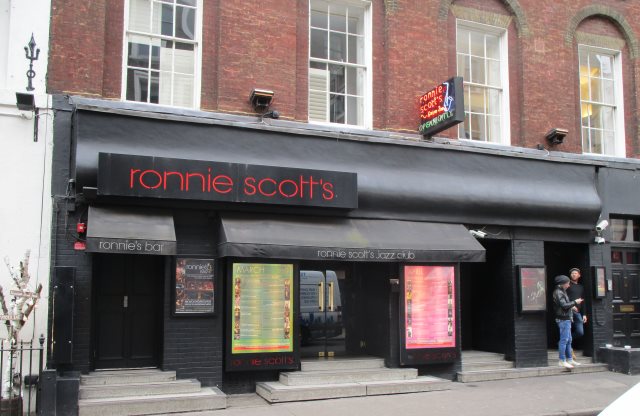 Exit Soho Square onto Frith Street, one of the major streets in Soho London. A stroll along this street and you’ll see the iconic Ronnie Scott’s jazz club, one of the most famous jazz clubs in the world and the perfect place to go for an evening out.

There’s plenty of shops, bars and cafes on this and nearby Greek street…

…continue along Frith Street, take a left onto Old Compton Street, and head towards nearby Covent Garden…

…alternatively, keep walking until the end of Frith Street, take a right and a left onto Macclesfield Street, and you’ll reach China Town.

Be sure to also check out our Soho Map, which shows all these places on a Google Map.