Plan a perfect day trip itinerary to York, a city of history, culture and heritage and boasts some of the prettiest streets in England. Roman ruins, towering cathedrals, and narrow shopping streets are combined with contemporary shopping and dining to give this city its vibrant and energetic feel. A day trip to York is normally enough to see its highlights, and this is a popular destination for travelers planning an itinerary from London to Edinburgh on the train, and wish to break up the journey along the way. York is also a great starting point for day trip tours of the surrounding area.

Tourist England’s suggested itinerary for a one-day experience in York:

Update 2021: We’ve made a list of attractions open in York now. 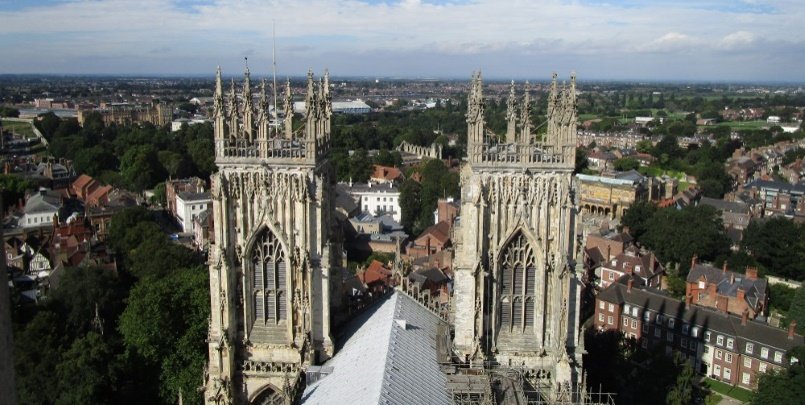 The View from York Minster

Begin the day at York Minster, which is conveniently located just a 10-minute short walk from the train station. York Minster is the largest medieval Gothic cathedral in Northern Europe and attracts thousands of visitors each year. The cathedral towers over the city and is a real architectural achievement. Enter inside the Minster (entrance fee £10 per adult) where you’ll find an impressive series of stained glass windows, breathtaking calvings, naves and pillars. For an additional £5, (recommended) you can climb the steep steps to the top of York Minster tower, with breathtaking views over the City. There’s also a series of fascinating underground displays and exhibitions, detailing the history and conservation work that took place over the past decades.

Head out of York Minster and into the group of narrow streets known as The Shambles. Local residents are very proud of these narrow windy streets which are filled with lots of interesting local shops, cafes and restaurants and is the perfect place to grab a bite to eat or pick up a souvenir. Shambles Market is open daily, with an interesting selection of stalls and produce.  For lunch, try Betty’s Tea Room which is a kind of institution in York, serving up classic British dishes since the 1930’s! (Although expect to wait in long queues outside on weekends – this place gets booked up!). For a delicious bite to eat, head to Shambles Kitchen which serves up huge mouth-watering sandwiches. 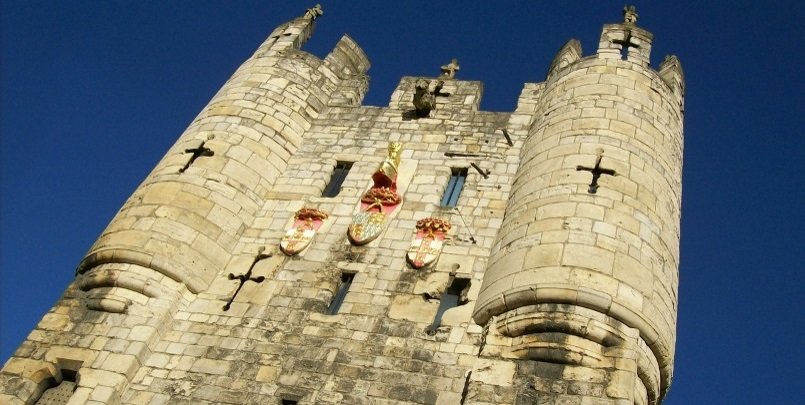 There are several ways to plan an afternoon itinerary in York. Head to the riverfront to see the pretty River Ouse, and perhaps go for a River Cruise, with 1-hour boat trips operated by YorkBoat, accompanied by a live guided commentary. The cruise departs and returns to the same spot by Lendal Bridge and from here, one of the most popular things to do is to walk a section of the Roman City Walls – our favourite section is from Lendal Bridge all the way past Mickelgate Bar and continuing to Skeldergate Bridge. A short walk from Skeldergate lies several world-class museums. York Castle Museum looks at the changing English way of life from Jacobean times to present modern-day Britain. Next to it lies Clifford’s Tower, the oldest remaining part of York Castle with great views over the City. If you’re traveling with kids, you might consider heading to the JORVIK Viking Centre, which has fun interactive displays showing how the Vikings lived in York over 1,000 years ago.

There are lots of fabulous places to eat and drink in York. For dinner, try Stonegate Yard which is a tasty bistro and brasserie situated in the city centre with a relaxed, chilled-out feel. Alternatively, head over to Walmgate which is the restaurant district of York. Evenings tend to come alive in York, with plenty of pubs offering live music and shows.

York also claims to be Europe’s most haunted city, and if you’re looking for something a bit different, check out the 75 minute Ghost Bus Tour, which departs daily at 19:30.

York Hop on Hop off Bus:

Our 24-hour York hop on hop off bus is the perfect way to get around the city. Hop on and off at 20 stops conveniently located across York, and learn more about the city from a live guide on board the bus. Upgrade your experience to include a cruise along the River Ouse.

If you have more than 24 hours to spend in York, there are plenty more things to do, and it’s easy to mix and match the above day trip itinerary and a few more attractions within the city centre. This includes the York Dungeon, which takes you back to the darkest days in the city’s history, the 2,00-year-old Roman Baths, and the grand residence of the Mayor at Mansion House. There are also a number of day tours that take place in and around York. Top attractions beyond York include Castle Howard, the North Yorkshire Moors Railway and the beautiful countryside of the North York Moors.

However you plan to spend your time in York, we’re sure it will be an unforgettable experience!