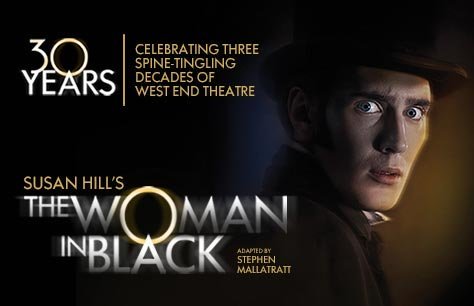 The Woman in Black is one of Britain’s greatest hits, having been shown at London’s West End for over 27 years. This masterpiece of spine-chilling horror tells the story of a lawyer who believes that he and his family have been cast under a curse by a Woman in Black. Based upon the 1983 novel by Susan Hill it has been masterfully brought to the stage by Stephen Mallatratt, and has been enjoyed today by over 7 million theatregoers. The Woman in Black is on show at the Fortune Theatre, London.

about the woman in black:

The Woman in Black tells the story of a lawyer who is gripped with fear and terror, believing that a curse has been cast over him and his family by a Woman in Black. He engages a young actor to help him recount his horrifying story, but whilst it all begins innocently, but the further the two go, the more they find themselves caught up in a world of eerie marshes and moaning winds.