Warwick Castle is an ancient medieval fortress that has stood for over 1,000 years on the banks of the River Avon. The castle has survived a long and turbulent history and today has been preserved and brought back to life. Warwick Castle is an enjoyable family day outing, with many fun interactive and engaging activities for children. Highlights include exploring the towers and turrets of the castle as well as the fine interiors and the Great Hall. Get lost in the Horrible Histories Adventure Maze, watch a trebuchet machine in action and travel back through the centuries in the Time Tower exhibition. A popular way of visiting Warwick Castle is to take a tour and often combine a visit to the castle with other nearby attractions.

What to do at Warwick Castle:

Warwick Castle by dawarwickphotography under CC BY 2.0 License. Cropped From Original

A great attraction for kids. Learn fun facts about Warwick Castle, collect stamps for your time passport and go back in time whilst exploring the maze. Prizes at the end for those who complete their passport.

Adventure into the Castle’s past and discover how for a period of more than one thousand years Warwick Castle controlled the middle of England. Discover the Castle’s darker side, with tales of treachery, destruction and bloodshed through an interactive multimedia experience. 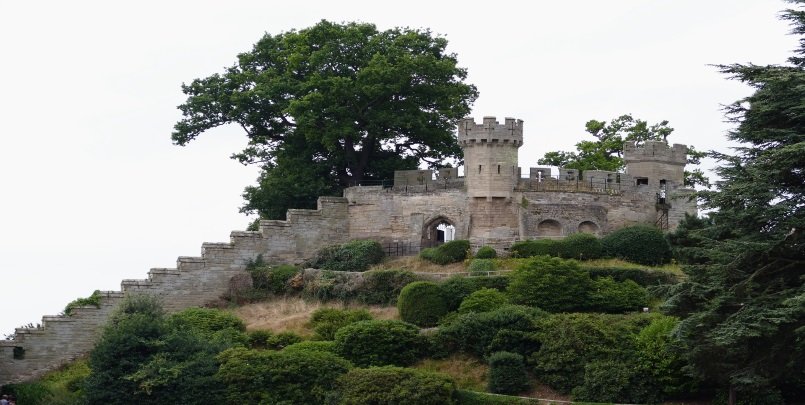 Entrance only for the brave! The Castle Dungeon offers a 50 minute walkthrough experience where you’ll learn the dark and scary moments of the Castle’s history. Meet characters such as the torturer, the castle cook, the judge and the witches of Warwick, each with their own unique tales. This is a fun and unique interactive experience, but given the content, it is recommended for children over the age of 10.

See the Trebuchet, the largest siege machine in the world. This has been constructed as an accurate imagination of ancient trebuchets, which were used in times of war to catapult large rocks and stones in order to breach the castle walls. Nearby is the Ballista, an ancient crossbow that was used to fire arrows in the heat of war to kill the other side. 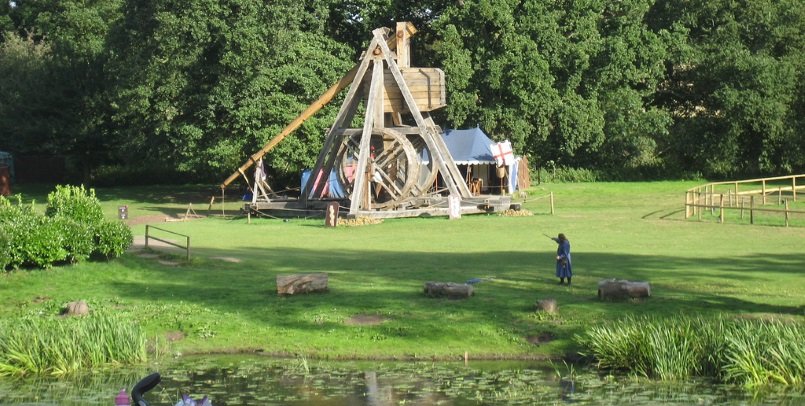 Trebuchet at Warwick Castle by SteveR- under CC BY 2.0 License. Cropped from Original

View the defensive towers, built high up and away from the castle wall in order to give archers an optimal vision to strike their enemy down below. Also see The Barbican, an exterior walled passage built with arrow slits and murder holes to make it difficult for an attacking army to enter the Castle.

Inside the castle lies the stunning grand interiors. Admire the Great Hall, which houses an impressive collection of armor and a huge cauldron, as well as the luxurious state rooms and the peaceful private Chapel. 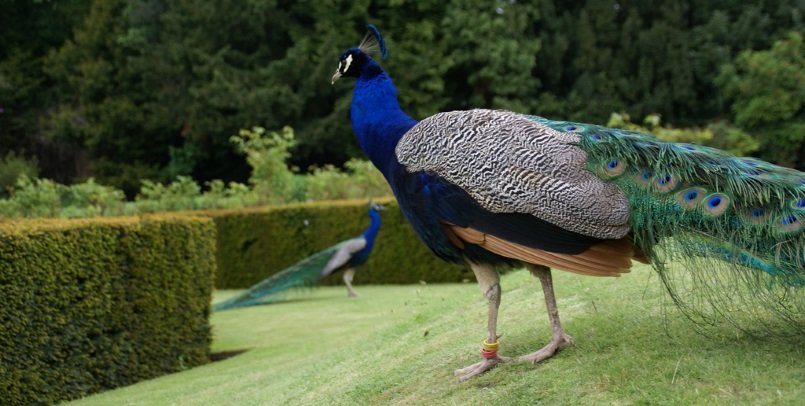 Peacocks in Garden at Warwick Castle by J E Theriot under CC BY 2.0 License. Cropped from Original

Discover the 64 acres of stunning gardens, including beautiful ponds, manicured hedges and exquisite fountains. Cross the River Avon onto the island, which houses a grand trebuchet and if you are lucky, catch a re-enactment of knights battling each other in armour. Also, spot the brightly coloured peacocks which roam freely throughout the garden.

Another great activity for kids! Explore Warwick Castle’s imaginative playground designed as a mini-fortress with slides, swings and walkways.

Built by William the Conqueror in 1068, Warwick Castle is steeped in a rich and often violent history. Situated along the River Avon, it served as a stronghold for centuries, providing safety to the Midlands against rebellions. Many notable battles took place at the site, including during Hundred Years War. In the 17th century the Castle was granted to the Greville family who converted it into a country house. Over the course of the next 300 years the Greville family, who would become the Earls of Warwick, made substantial changes to the property, including constructing the state rooms and landscaping the gardens. Since 1978, the castle has served as a popular tourist attraction, which each year sees over half a million tourists come to enjoy and explore this unique place.