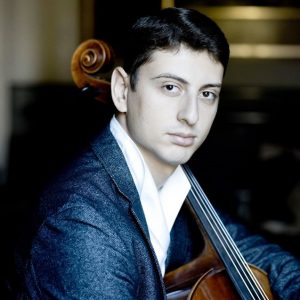 In this impressive concert which is part of the LSO ‘voice of the cello’ series, virtuoso cellist Narek Kahkazaryan performs classic works by Schumann, Brahms, Faure & Debussy in London in April 2017. Kahkazaryan was born in Armenia and became a sensation in the classical music world after winning the International Tchaikovsky Competition. He has since gone onto a successful solo career, performing around the world in prestigious venues in London, New York, Paris and Berlin in places such as Wigmore Hall and Carnegie Hall. In this ‘voice of the cello’ recital, he returns to London to perform some of the classics of the cello repertoire. Highlights include the dreamy French work ‘Après un Reve’ and the fiery Brahms Sonata No.2.

This voice of the cello concert of classic works with Narek Kakhnazaryan will take place in London at St Luke’s on April 6th, 2017 at 13:00.