Enter the heart of British Politics with a visit to the Palace of Westminster in London. Understand the workings of the UK government and learn how and why the Parliament and Big Ben were constructed. There is so much to admire about this UNESCO World Heritage Site with its unique structure, beautiful façade and inspiring monuments and statues. Big Ben, the landmark clock tower that defines London’s skyline stands tall as a true icon and symbol of Britain. The Palace of Westminster is located in the Buckingham Palace neighbourhood of London and can be easily reached via Westminster tube station.

There are a few guided tours of Parliament that are offered on selected dates throughout the year. Make sure to book early as these tickets will sell out fast

History of the Houses of Parliament and big ben: 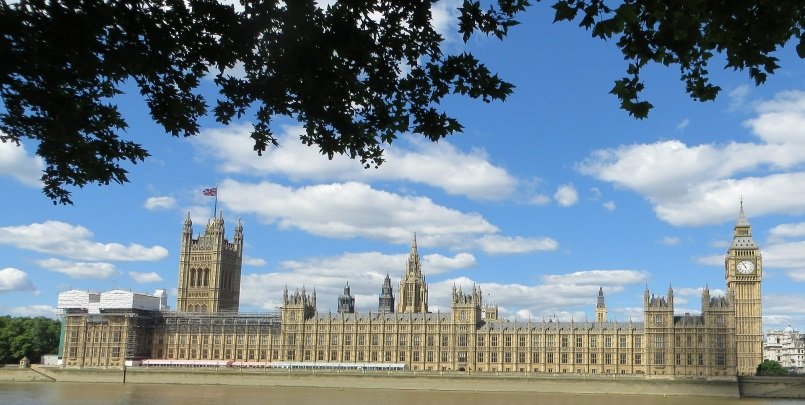 Houses of Parliament and Big Ben

The Houses of Parliament, also known as the Palace of Westminster is the location of the two parliamentary houses of the United Kingdom: The House of Lords and the House of Commons. Its clock tower, Big Ben, is one of the most recognizable structures in the world.

Since the year 1265, the Houses of Parliament has operated at this location, making it one of the world’s oldest parliaments. The Palace of Westminster stood for hundreds of years until a fire destroyed it in 1834. It took over thirty years to rebuild, but in 1870, a new complex in a neo-Gothic style was completed, which incorporated the buildings that survived the fire. It includes the Clock Tower (Big Ben), House of Commons, House of Lords, Westminster Hall, Victoria House and the Lobbies.

Designed by the architect Charles Barry, the most famous part is the elegant clock tower. Originally named St. Stephen’s Tower, it soon became known as Big Ben after the tower’s largest bell.

Westminster Hall is the oldest hall of the Houses of Parliament. Dating all the way back to 1097, it stands today as one of Europe’s largest unsupported medieval halls. See the astonishing hammer-beam roof and magnificent architecture and learn the how the hall operated as the legal and administrative centre of government.

A place where Members of Parliament meet one another and their constituents, it comprises of a magnificent mosaic-covered vault and a beautiful tiled floor. The Central Tower is built over the Central Lobby, and it is here that the corridors from the Lords, Commons, and Westminster Halls meet.

The Lords Chamber is the most extravagantly decorated room in the Palace of Westminster, London. It is predominantly decorated with furnishings in red and it is where three elements of Parliament (the Sovereign, the Lords and the Commons) meet. Stain glass windows show the coats of arms of peers and six mural paintings represent the spirits of Justice, Chivalry and Religion.

Bombed and subsequently rebuilt after World War Two, the Commons Chamber looks very different to the Lords. It is a more moderate in style, furnished in a traditional green color. It is here that elected members of parliament meet.

St Stephen’s Hall was used by the House of Commons from 1945 to 1950 during the rebuilding of the bombed Commons Chamber. It is a wonderful decorative hall that houses on either side of the room statues of famous parliamentarians as well as statues of early Kings and Queens of England. Ten stained glass windows show the arms of various parliamentary cities, and paintings on the walls depict famous events in British history.

Works of art in the Palace

The Palace of Westminster was designed to include statues, frescoes, murals and paintings to show the important events that have taken place at Parliament and depict its most famous members.

The King’s robing room is a glorious space, with wonderful gilded ceilings, an impressive fireplace and beautiful decorations. It is used officially on one day of the year, where the King puts on the state robes and Imperial Crown before officially opening Parliament

This room houses enormous works of art depicting the battles of Waterloo and Trafalgar as well as royal portraits.

How to get to the palace of Westminster

The London sightseeing bus tour is a hassle-free way of traveling around London to explore some of the most famous landmarks. This convenient hop-on hop-off service has three different routes, providing excellent means to visit the Houses of Parliament and Big Ben as well as other major attractions such as Buckingham Palace and St Paul’s Cathedral.

The nearest underground stop is Westminster Station which visitors can get to using the District, Circle or Jubilee lines. It’s literally right next to the Palace of Westminster, you can’t miss it as you exit the tube station! Just remember that this station tends to get packed full of people, so know where you are going. There are also loads of buses that stop in around the Palace of Westminster, we recommend you download the CityMapper app which will tell you the fastest route of getting to the site.