Oxford is a college town that is known for its rich and scholarly history. The University’s 38 colleges are located within the city centre, with their old and ancient buildings contrasted by the young and vibrant students who make up a large part of the population. Bustling markets and places to eat and drink are found throughout the center, as well as quieter spots within the courtyards and gardens of the colleges. With so much to see and explore, many visitors choose to take a tour when visiting Oxford to some of the fabulous destinations located nearby. 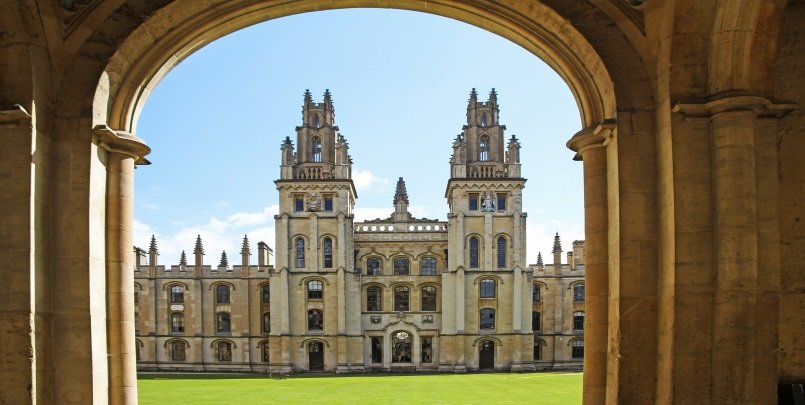 Christ Church College is an essential part of any visit to Oxford and is the single most popular place to visit in the city. Whilst walking through the leafy green campus, visitors might feel as if they have been here before, since many buildings were used in the Harry Potter Movies. Over the course of 500 years excellent students have filled this inspiring campus and world-class centre for learning.

The college is easy to identify because of two famous landmarks, Tom Tower by Christopher Wren and Oxford’s Cathedral Spire. Highlights of a visit to Christ College include the Cathedral, with its stunning stained glass windows, the magnificent hall and the various quads.

Christ Church College is by no means the only college that you should visit on a trip to the city. The great thing about Oxford is that most of the colleges are centred within close proximity of each other in the city centre, so its highly recommended to spend a while exploring this area.

The Oxford Castle Quarter has a history that spans over 1000 years. Today, its historical buildings are home to many shops, bars and restaurants, as well as Oxford Castle, which tells the story of the city’s 1000 years of history. Climb the Norman Castle Mound and admire the panoramic views of the city from the top of St. George’s Tower. Discover the 900 year old crypt and explore the 18th Century Debtor’s Tower and Prison D-Wing. 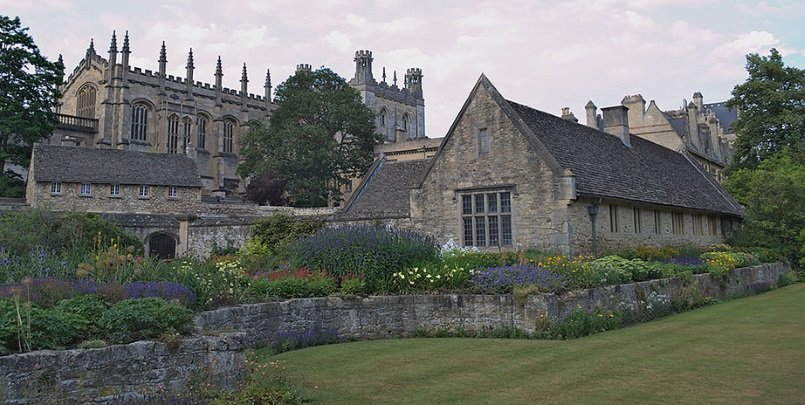 Punting along the River Cherwell:

One of the most iconic things to do on a visit to Oxford it to take a punt along the River Cherwell. Visitors can cruise along the stunning River Cherwell in a traditional Oxford punt or if that doesn’t take your fancy, try a rowing boat or pedalo. Boats can be hired from the Magdalen Bridge Boathouse.

The Ashmolean Museum is home to the University of Oxford’s art and archaeology collection. Founded in 1683, the museum has objects that date back to 8000BC, and its collection spans both Eastern and Western civilizations. Exhibits range from Egyptian mummies to modern Chinese paintings and includes the world’s finest collection of Raphael drawings.

Bodleian Library is the research library of the University of Oxford and boasts some impressive statistics: It is one of oldest libraries in Europe and the second-largest library in the UK after the British Library in London. In total it has a collection of more than 12 million items. The Bodleian library is also a masterpiece of the Gothic period, with highly impressive English gothic architecture.

The Covered Market, located in the middle of the City, is a great place to discover local food, drink and produce from over 40 shops local independent shops. This old 18th Century market has lots of different stall holders each selling their unique independent produce.

Many visitors choose to take a day trip when visiting Oxford, visiting nearby places such as the Cotswolds and Blenheim Palace. Our small-group tours from Oxford are a great way to discover the surrounding region.

The University of Oxford is the oldest university in the English-speaking world, with some of the colleges dating back to the 13th Century. It is considered as one of the world’s finest academic institutions, with an impressive list of alumni including 27 Nobel laureates, 27 Prime Ministers of the United Kingdom and many current foreign heads of state. Oxford is also known as one of the fastest growing and most ethnically diverse places in Britain, with a population of over 150,000 people.