Chester is a walled city founded by the Romans in 79AD and is well known for its large number of historic monuments and attractions. Highlights of a visit to the city include discovering its almost 2 miles worth of City Walls, visiting Chester’s Cathedral and Roman Amphitheatre, shopping along the ancient Chester Rows and a visit to the Grovesnor Museum. Chester Zoo is located just outside of the City, and is regarded as one of the most impressive zoos in the world. 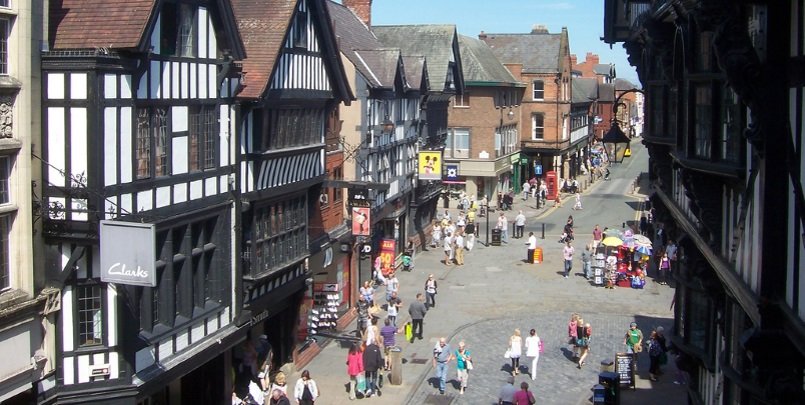 Chester’s city walls are an impressive display of Roman and Medieval construction, and stand today as the most complete circuit of Roman city walls in the UK. Visitors can enjoy a walk around the city walls, which extend for 2 miles encompassing four main gates. Northgate has traces of the Roman foundations used to construct the site. At Eastgate, a clock was built in 1897 to mark the Diamond Jubilee of Queen Victoria. The walls also include an impressive watchtower with wonderful views over the river.

The Chester Rows is well-known for its shopping and include a series of medieval walkways with shops on two levels. Situated in the heart of the town centre, the Rows are located on four original thoroughfares of Eastgate Street, Watergate Street, Bridge Street and Northgate Street. The system of covered walkways and shops date back to the 14th Century and today house many boutique and independent shops. 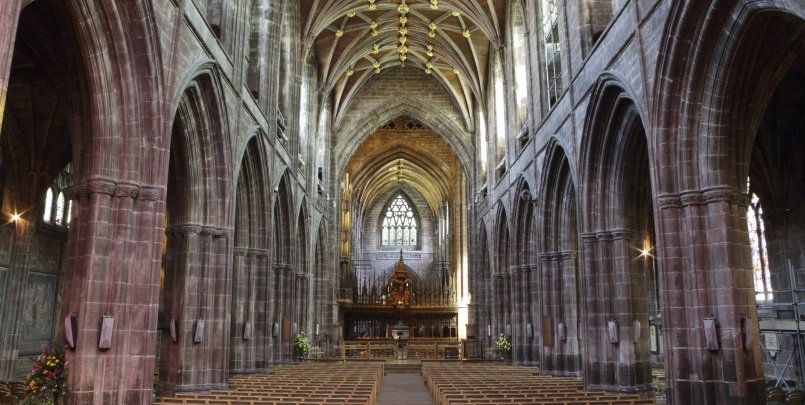 Chester Cathedral was founded as an Abbey in 1092 and since rebuilt in the 13th Century. Gothic architecture is infused with some of the original Roman and Norman styles. Highlights of the cathedral include its three aisle pillar nave, Lady Chapel, Cloisters and Choir Stalls. It was also the place where Handel’s Messiah was first rehearsed, and today hosts concerts and events throughout the year.

The Roman Amphitheatre at Chester is the largest of its kind in Britain and until today continues to undergo extensive excavation and archaeological digs. Visitors today can see almost half of the original structure including the entrance on the eastern and northern sides. In Roman times, up to 7,000 spectators would have lined the rows of seating to watch the entertainment of the day.

The Grosvenor Museum houses a display of Roman antiquities including Roman tombstones. It also presents exhibitions about life in Chester including in the museum’s Period House, which displays home life from the 17th to early 20th Century. Rooms include the Victorian kitchen, a Georgian drawing room, a nursery and a fully fitted Edwardian bathroom.

Situated about 1.5 miles from the city centre, Chester Zoo attracts over 1.6 million people a year who come to discover over 20,000 animals in 125 acres of zoological gardens. Considered as one of the top zoos in the world it is renowned for its conservation projects and amazing animal exhibits including the Realm of the Red Ape, Tsavo Black Rhino reserve, the impressive Asian elephant house and Fruit Bat Forest. It’s easy to stay in a hotel in Chester and visit the nearby zoo with a direct bus running to and from the city centre.

how to get to chester: