Our Hop on Hop off London bus tour includes 4 different bus routes, 70 stops, a free walking tour, river cruise along the Thames, and more. The original sightseeing Hop on Hop off bus tour is the best way to travel to the most famous sites in the capital and see amazing places like Buckingham Palace, the London Eye, Big Ben and the Houses of Parliament. Learn about the history and fame of the city with an info-packed commentary. Save time and money with clever hop on hop off double-decker buses. Take advantage of a grand total of four unique different bus routes which cover all the essential places in London.

london Hop on hop off routes

You can see a map of the routes here

THE BLUE ROUTE is the primary hop on hop off route which goes to the best of London sights and attractions. Highlights include Tower of London, St Paul’s Cathedral, London Eye, Tower Bridge, Trafalgar Square, The Shard,  & Leicester Square. You also get to cross the River Thames twice, so brace yourself for some amazing views! AND the route includes a really entertaining live guide!

THE PURPLE ROUTE covers important places like Buckingham Palace, Big Ben, Houses of Parliament, the Tower of London. The route includes a clever audio guide (in 11 different languages!). And for kids, there’s a dedicated children’s channel!

THE ORANGE ROUTE is your dedicated route to get to Madame Tussauds and the British Museum, which is considered one of the most amazing museums in the world! It has some really truly incredible collections about human history, art and culture. Plus entrance is free! The orange route is also a connector route that stops at 3 major train stations: King’s Cross, St Pancras and Euston. So it’s really the best hop on hop off route if you want to connect from these train station to the major Yellow and Red routes.

THE YELLOW ‘HOTEL’ ROUTE is perfect if you are staying in hotels in Bayswater, & Paddington, it will pick you up and take you to join the other routes in Central London.

WHAT ABOUT THE KIDS?

Included in your ticket is a special kids package! Your child will love the 3D treasure hunt app on-board!

Included for free in the hop on hop off bus ticket, choose between one of three really cool walking tours:

Your cruise takes you along the River Thames, starting right by Big Ben (at Westminster Pier) and heading all the way up to the Tower of London. You’ll pass by some really amazing places along the way like Tower Bridge, the London Eye, Shakespeare’s Globe & the Houses of Parliament. Totally worth it!

Hop on Hop Off Extras: 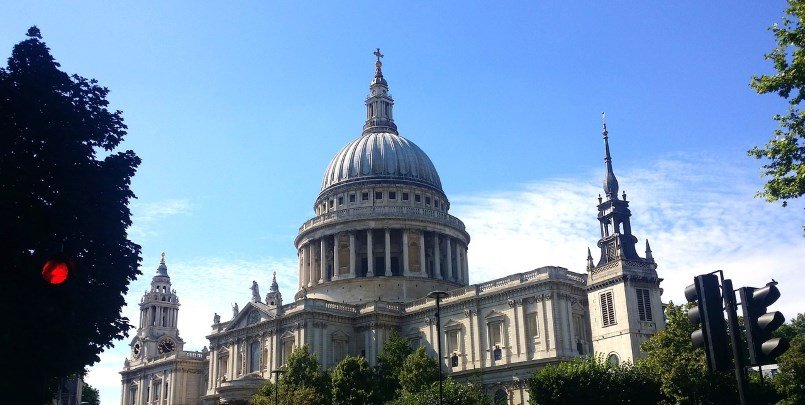 Hop on Hop off London bus tour with added extras!

Choose an extra to add onto your hop on hop off London bus tour ticket. Get entrance tickets to the best attractions as part of your combo package. Enjoy hassle-free travel with dedicated bus stops along our routes, meaning you can hop on and off outside these attractions.

Take our standard 24 hour hop on hop off London bus tour and include tickets for the London Eye. Our flexible standard tickets mean you can arrive at the London Eye at any time, without needing to book a specific time slot. Enjoy a 30 minute ride, with fabulous panoramic views of London. You can see views of the River Thames, Big Ben, St Paul’s Cathedral and more! Your ticket also includes a viewing of the London Eye 4D film. Getting there is really easy, since the red route of our hop on hop off bus stops outside the London Eye.

Hop on HOp off London bus tour & Tower of London

Book your Madame Tussauds ticket as part of a 24 hour hop on hop off London tour. Walk down the red carpet and see some of the most famous wax figures in the world! This includes snapping a selfie next to the British Royal Family, with the Queen, Prince William and more! You can also see incredible wax figures of the most famous celebrities from Usain Bolt to Steven Spielberg and Audrey Hepburn. Getting to Madame Tussauds is really easy, just hop on and off at bus stop 62.

Explore London’s darkest moments at the London Dungeon. With live shows and 2 thrilling rides, discover chilling aspects of medieval London. Learn about Jack the Ripper, Guy Fawkes and more. Experience the tyranny of Henry VIII’s rule on the tyrant boat ride! The London Dungeon is located next to the London Eye and you can reach it easily by hopping off at bus stop 77.

Hop on Hop off London bus tour & The SHard

Take in the View from The Shard as part of our hop on hop off London combo package. Enjoy 360-degree panoramic views from 800ft above the city. This is one of the highest buildings in Europe and an amazing way to enjoy London from above. The building is an impressive display of modern architecture and reflects the dynamic nature of 21st Century London. Include a visit as part of your hop on hop off London combination ticket.