Our Game of Thrones with Giant’s Causeway tour from Belfast is the best Game of Thrones Tour for die-hard fans. Available every day departing from Central Belfast, discover Northern Ireland’s iconic filming locations on a fully guided coach tour. Highlights include visiting the real-life locations of Braavos, Renly Baratheon’s Camp and the Seat of the House of Greyjoy. We will also visit the Giant’s Causeway, a UNESCO World Heritage Site over 400 million years old.

Our Game of Thrones with Giant’s Causeway tour departs from Belfast at 9am throughout the year and also at 12pm during the summer months. 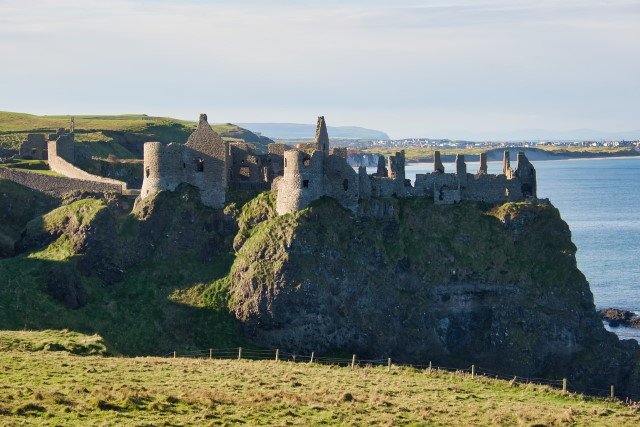 Departing Belfast early in the morning, the first stop on our Game of Thrones tour is to Carnlough. This seaside village featured in series 6 and is closely associated with Arya Stark. In the show, Carnlough is the free city of Braavos and it’s here that Stark learns to become a faceless assassin.

We’ll also visit the nearby Cushendun Caves which were formed over 400 million years ago! Soak up the incredible atmosphere, breathe in the fresh air and enjoy the sound of the waves. This is the location where Melisandre of Asshai gave birth to her ‘shadow assassin’. 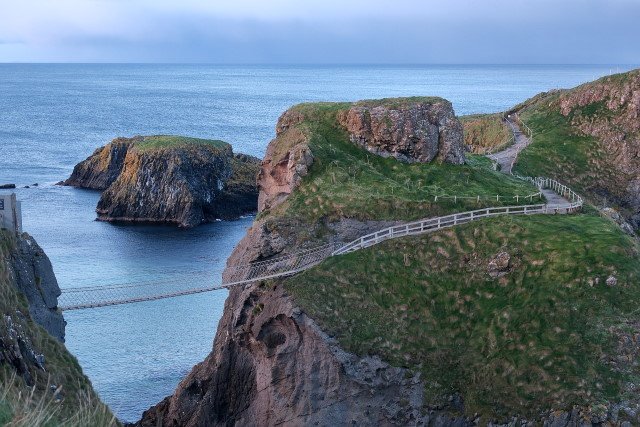 Our Game of Thrones tour from Belfast continues with a visit to Larrybane Quarry which served as the setting for Renly Baratheon’s Camp. Take in the impressive rocky landscape and coastal views. Your tour guide will bring this spot to life, where Loras Tyrell fights off an unknown opponent who is later revealed as Brienne of Tarth.

From here, visit the nearby Carrick-a-Rede rope bridge. This breathtaking bridge was built over 350 years ago for salmon fisherman to cross over to the tiny island of Carrickarede. It stands over 30 metres above the rocks and is 20 metres in length. Our tour includes tickets to cross the rope bridge onto the island. From here, you’ll have amazing views of the Northern Irish coastline and can even see Scotland on a clear day. Please note that crossing the rope bridge is optional. 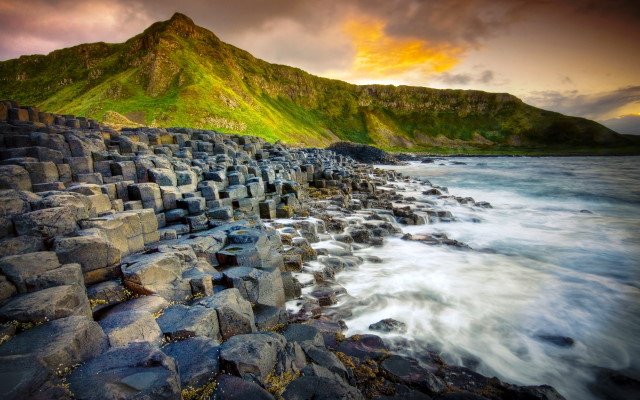 The afternoon of our Game of Thrones tour includes a visit to the Giant’s Causeway. This is a UNESCO World Heritage Site made up of some 40,000 massive black basalt columns sticking out of the sea. It was formed by volcanic activity around 50-60 million years ago.

This is one of the most impressive sites in Northern Ireland. Whilst no Game of Thrones scenes were filmed here, it’s been a source of inspiration for Irish folklore, myths and legends. You will have around 1.5 hours to explore the Giant’s Causeway on a walking tour with audio guide. 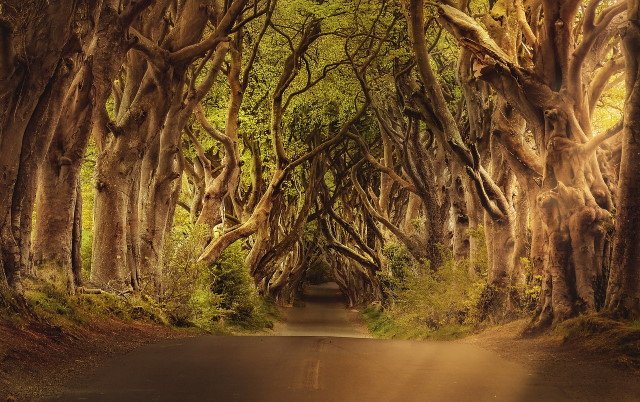 As we make our way back to Belfast, we’ll stop for a quick photo at Dunluce Castle. These ancient ruins date back to the 14th Century, and sit spectacularly on the side of a cliff as seen in this drone video! The Castle was used as the House of Greyjoy, who ruled the Iron Islands in Game of Thrones.

Our final stop on this Game of Thrones Tour is at the Dark Hedges. This magical and mysteries location became the backdrop to The Kingsroad in Game of Thrones and is where Arya Stark dressed as a boy to escape from King’s Landing. It’s one of the most instagrammable places in Scotland and we’ll stop for a selfie.

From here, we return back to Central Belfast.

Disclaimer: This tour is independently operated. It is not sponsored, endorsed, or affiliated with HBO or anyone associated with Game of Thrones’.