Our Game of Thrones Winterfell Tour from Belfast takes you to the filming locations used in the making of Winterfell and other key scenes from the TV series. This is a fully guided tour from Belfast, accompanied by a tour guide who appeared in the show! Highlights of the tour include visits to the real-life location of Winterfell, a trek through Tollymore Forest and meeting the real Direwolves. There is even an option to dress up in cloaks, replica weapons and flying Stark flags for a complete Game of Thrones immersive experience!

Our Game of Thrones Winterfell Tour from Belfast is available on selected dates throughout the year. 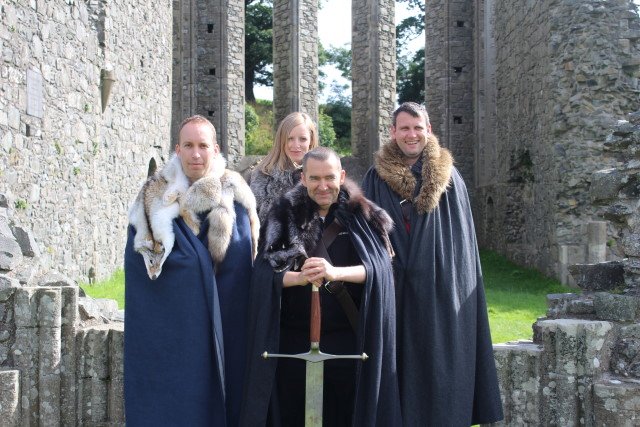 Game of Thrones Tour: Dressing up in cloaks and replica weapons!

The first stop on our Game of Thrones Winterfell Tour from Belfast is to Inch Abbey. This is the spot where the phrase “King in the North!” was declared after Houses of the North and the Riverlands swear allegiance to Robb Stark. This comes following victory at the Battle of the Whispering Wood.

Inch Abbey was founded in the 12th Century, and we will see the ruins as well as admire the stunning view of the River Quoile. 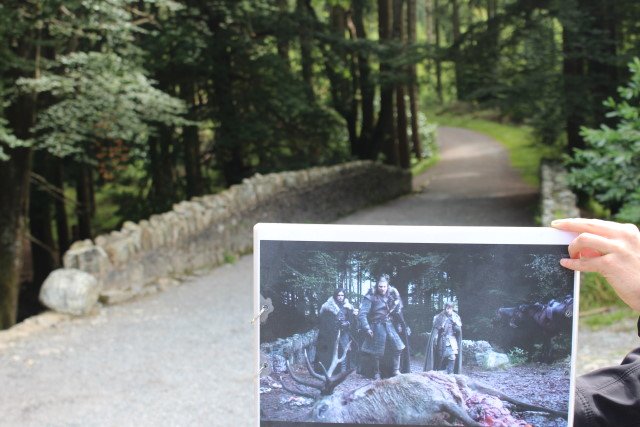 Tollymore Forest has featured as an important location in many different scenes. Our tour includes a 3km walk through the forest. You’ll get to see the bridge where the Starks discover a dead direwolf and her pups, where Wills finds the dismembered bodies in the snow and Jon and Tyrion’s tree, where they discuss life at the Wall.

Following the visit to Tollymore Forest, the tour continues for lunch at a traditional Irish pub. There is a variety of quality Irish themed dishes. Please note that lunch is not included in the tour price.

Spend the afternoon of our Game of Thrones tour from Belfast at Winterfell. In real-life, Winterfell is located at Castle Ward, and 18th Century mansion and estate. Over 10 Game of Thrones filming locations were created from this spot. This includes the gateway to Winterfell’s courtyard, Whispering Wood, Robb Stark’s Camp, the Baelor battle and when Brienne confronts the Stark men. Hundreds of actors and crew worked on key scenes over the years at Winterfell. 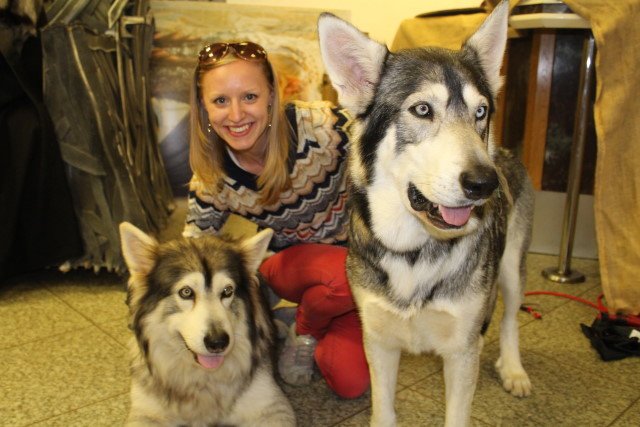 In the opening scenes of the pilot episode of Game of Thrones, the five Stark children each adopt a Direwolf puppy. In the making of the show, the production team used real Northern Inuit Dogs that look very similar to wolves!

You’ll get to meet two of these dogs called Odin and Thor as part of our Game of Thrones Winterfell tour from Belfast. These dogs starred as Summer & Grey Wind and you’ll get to have your picture taken with them!