Join our Beatles Tour of London and discover the most famous Fab 4 sites in the city. Get ready for the ultimate Fab 4 experience on this small coach tour which visits over 50 Beatles London locations, including the world famous Abbey Road crossing! You’ll spend 2.5 hours exploring the city that made the Beatles with live commentary by an expert guide. Highlights include seeing where John met Yoko, the only apartment where the Beatles lived together, the only Soho basement club where the ‘Fab’s’ played and more!

Our Beatles tour of London is available every day (except Saturday), departing at 6pm and finishing at approximately 8.30pm. Book your ‘Ticket to Ride’ today and join us on the ultimate Beatlemania experience!

Our Beatles Tour of London visits over 50 locations in the city linked to the life and work of the Fab 4. There will be lots of stops and photo opportunities as you travel around London with a specialist Beatles guide on a small coach. Highlights include: 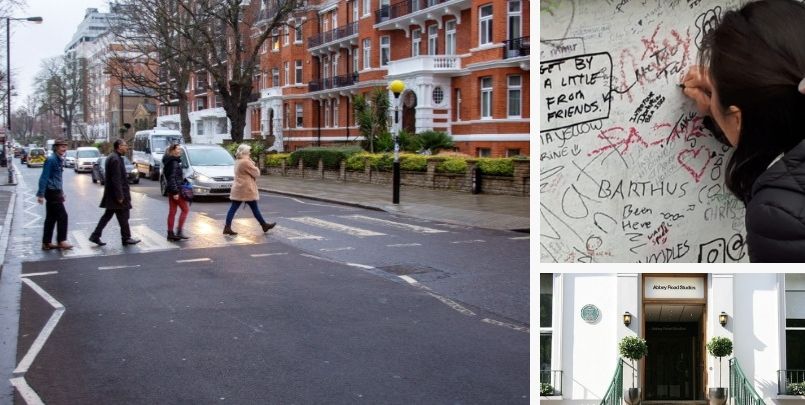 Abbey Road Crossing on our Beatles Tour of London

You’ll get to visit the most famous street crossing in London, located next to Abbey Road Studios. Millions of Beatles fans have made the pilgrimage, paying their respects to the band.