Our list of the top places to visit in Exeter includes its cathedral, ancient city walls and museum as well as shopping streets, cafe’s and restaurants. This ancient cathedral city dates back to the Romans, where it became the most southern westerly fortified Roman settlement in Britain. The city is today home to over 125,000 people and is situated about 170 miles from London and 80 miles southwest of Bath.

Top Places to Visit in Exeter: 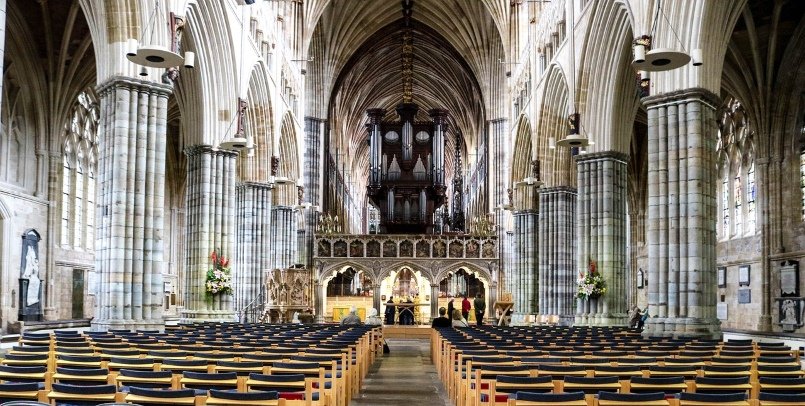 Exeter Cathedral was built in the gothic architectural style, and at over 900 years old boasts the longest unbroken stretch of vaulted ceiling in the world. One of the top places to visit in Exeter, also of note are its Norman towers, 15th Century astronomical clock and sculptures on the west front of monarchs Alfred, Athelstan, Canute and William the Conqueror. 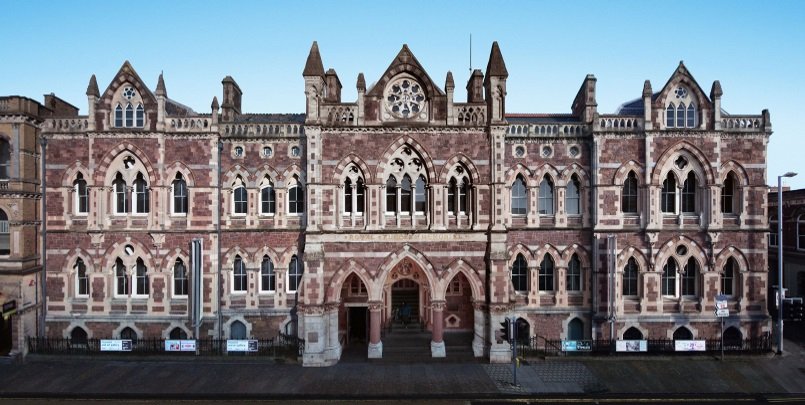 First opened in 1868 by Queen Victoria, the Royal Albert Museum houses a  collection of artifacts from Devon and Exeter as well as an exhibition exploring worldwide cultures. Displays range from glassware and local clocks to Aztec clay stamps, early Burmese textiles and rare objects from Easter Island.  After extensive renovation in 2011, the RAMM was named Museum of the Year in 2012 for its inspiring exhibitions and is one of the top places to visit in Exeter.

Exeter’s underground passages were built as early as the 14th Century to provide clean drinking water to what was a thriving medieval city. Today, they are the only passages of their kind in Britain open to the public to explore. In total, some 425 metres of passages stretch across the old city centre of which 80% have survived. The passages have also seen a tumultuous history, from the English civil war right through to WWII, where parts of the tunnels were used as air raid shelters for residents. One of the top places to visit in Exeter, visitors to the underground passages first pass through an informative interactive information centre before then exploring the underground passages via guided tour.

Visitors’s walk around Exter’s city walls, of which 70% remain intact. Construction first began on the walls 1800 years ago by the Romans and have since played a crucial role in the city’s survival over the years.