There’s no shortage of places for top celebrities to go shopping in London. In fact, London really has become the place to shop if you’re rich and famous. From amazing streets like Kings Road and Bond Street to famous department stores like Harrods and Fortnum & Masons, celebrities and famous people from all walks of life have been spotted, including the likes of the Queen, Kate Middleton, Victoria Beckham and Jennifer Lopez. 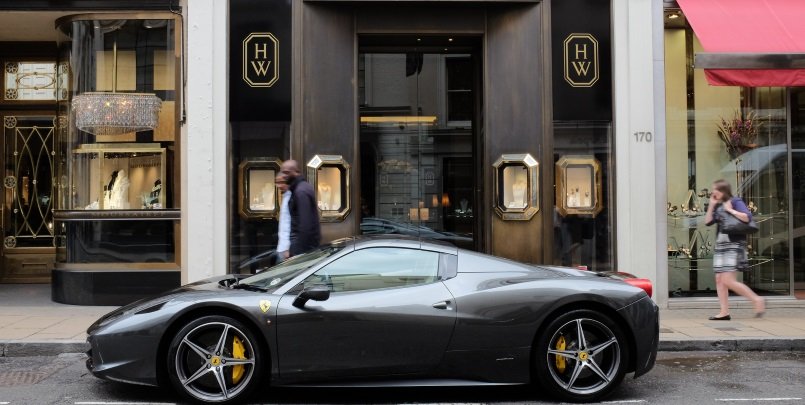 Bond Street is the place to go to find some super A-list celebrities shopping at super expensive jewelry stores and high end boutique designer shops. A walk down Bond Street will bring you to the likes of Rolex, Cartier, Bottega Venetta and Corneliani to name a few. Just make sure to take your credit cardt! Taylor Swift, Jodie Kidd, Lily Aldridge and Alessandra Ambrosio have all been sighted strolling along Bond Street, which conveniently connects to Picaddilly.

King’s road is one of London’s most famous streets. Just around the corner from Bakers street, its an exclusive area home to lots of Arab and Russian billionaires. Lots of little boutique shops, pubs, clubs and restaurant dot the road. Check out Big Easy restaurant which is a popular hangout amongst celebrities from TV shows like Big Brother and Made in Chelsea.

Sloane Street is another of London’s most posh and exclusive shopping locations. A-list celebrities from around come here to check out some of the worlds most luxurious and exclusive designer shops, such as Louis Vitton, Prada, Valentino, Chanel and Dior. At the Hyde Park end of the street lies Harvey Nichols department store, the most upmarket department store in the UK which see top celebrity shoppers from royals like Kate Middleton to icons like Victoria Beckham and Emma Thompson. 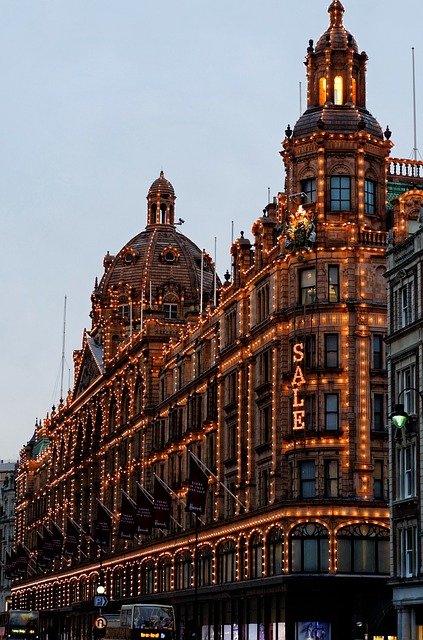 Savile Row, a narrow street in London, is THE place to go to get your suit made. For hundred of years, the little street has seen suits made fit for kings, royals, politicans and celebrities from all over the world. Nicknamed the “golden mile of tailoring”, famous customers have included Winston Churchill, Elton John and Mick Jagger, to name a few. Napolean III even had his suit made here!

Harrods is perhaps the most prestigious and well known department store in England. Some cool facts about the store include it being the first store in England to introduce a moving escalator and its ‘Tiara Triangle’, that is the few streets surrounding Harrods from which 60% of its customers are rumoured to come from. From the likes of Jennifer Lopez to Halle Berry, a stroll around Harrods might just get you a glimpse of some of the finest top celebrity shopping in London.

This department store has been around since 1707 and is known for its luxury hamper baskets, coffees, sweets and treats. The classy department store in Picaddilly is especially famous for its afternoon teas. Star sightings have included members of the British Royal Family including the Duchess of Cornwall, the Duchess of Cambridge and even the Queen!

Check out Top Celebrity Restaurants in London for the best celebrity places to eat!