London is amongst the hottest destinations for celebrities who love to come and stay in famous London hotels. From golden chandeliers and marble decorations to spas, saunas and swimming pools, discover some of the best hotels in the capital. Check out some of the best hotels in London like the Langham Hotel where Princess Diana was a guest, to the newest and funkiest places like The Rosewood London where Justin Bieber stayed, the Lanesborough where Leonardo DiCaprio likes to hang out and the Baglioni where Halle Berry has been sighted. 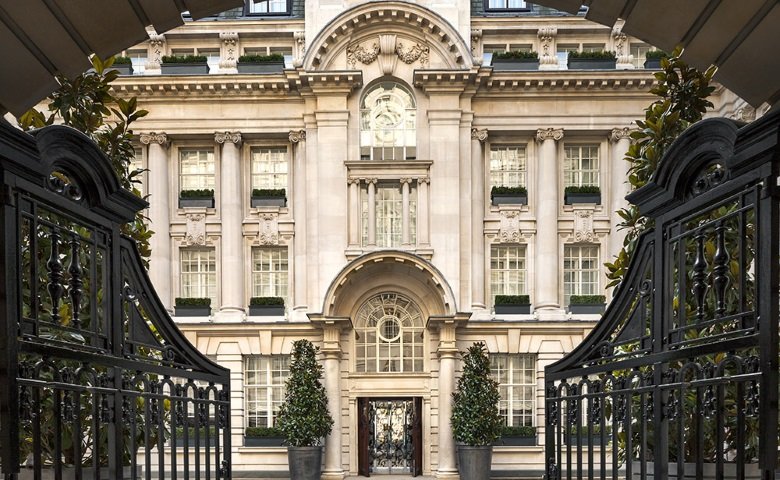 Justin Bieber, Oprah Winfrey, Diana Vickers are just a few of the names sighted at the posh Rosewood London hotel, one of the top celebrity hotels in London 2022. Situated in the former Chancery Court building in High Holborn, the hotel is housed across seven floors, and includes incredible in-bar rooms, huge king-sized beds, 52-inch LED televisions and luxurious marble decorations. A famous grand staircase in the renaissance-style links the hotels seven floors, with some of the rooms offering spectacular views over the London skyline.

Lots of top celebrities have stayed at the Savoy in London over its long history. This famous London hotel has hosted many legendary stars, from Marilyn Monroe to Frank Sinatra and the Marx Brothers. The Beatles once visited Bob Dylan at his suite in the hotel and Fred Astaire practised his dance moves on the roof. Today, top celebrities who have a connection to this famous London hotel include Rhianna who worked on her album Talk That Talk at the hotel and Taylor Swift who staged a photoshoot here. 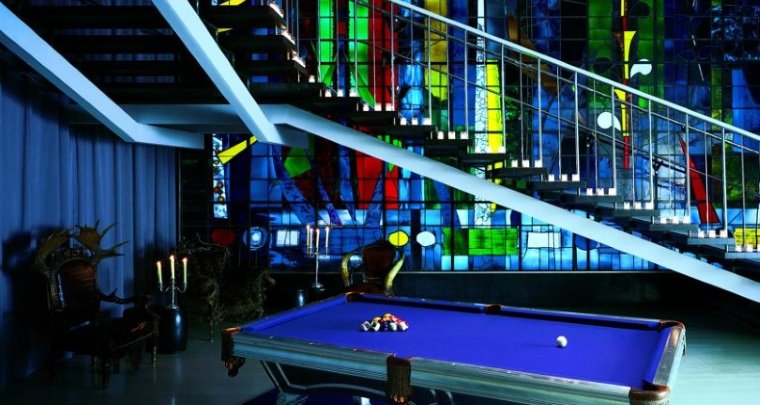 Situated in the centre of London’s West End, the luxury Sanderson Hotel offers a welcome retreat from the crowds and the paparazzi. As one of the best hotels in London 2022, the building dates back to the 1950’s, and has recently been renovated into a luxury, state of the art space, with original and funky designs. Cool, trendy and posh rooms are complemented with a cool spa and many dining offerings. Especially popular with hot celebrity after-parties, the hotel has seen the likes of Anne Hathaway and Cameron Diaz celebrating well on into the night.

The Ritz is perhaps the most famous hotel in London and one of the greatest hotels in the world. Famous celebrities staying here include many Holywood stars from the golden era including Charlie Chaplin. Famous scenes from ‘Notting Hill’ starring Julia Roberts and Hugh Grant were shot at the Ritz and it also featured in the last episode of the Downton Abbey TV series. Just make sure to dress up! The hotel once refused to admit Mick Jagger for tea because he wasn’t wearing a jacket and tie. Celebrity-chef Gordon Ramsay now heads up the Savoy Grill. 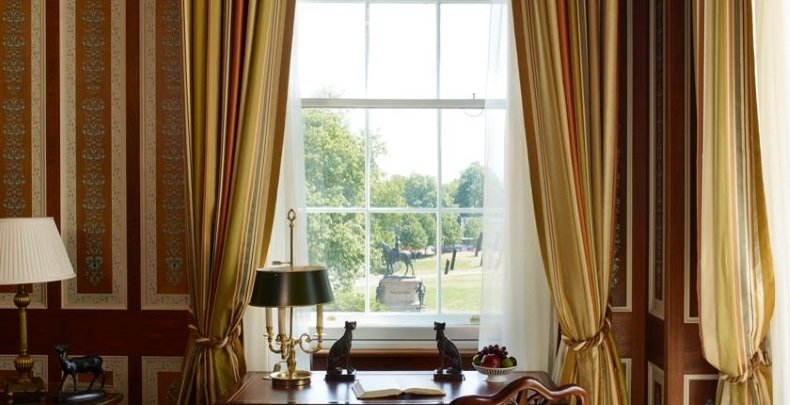 Madonna, Leonardo DiCaprio and Kanye West are some of the guests who choose to stay in the Lanesborough, one of the most famous hotels in London. Situated in an amazing location overlooking Hyde Park and near Buckingham Palace, it’s a big hit with those looking for luxury marble and Regency style furniture. The hotel boasts 93 heavenly rooms and suites as well as some of Londons poshest dining experiences. This famous hotel recently underwent an £80-million refurbishment which makes it amongst the hottest spots for celebrities visiting the capital and one of the top celebrity hotels in London 2022. Prices and reservations are available 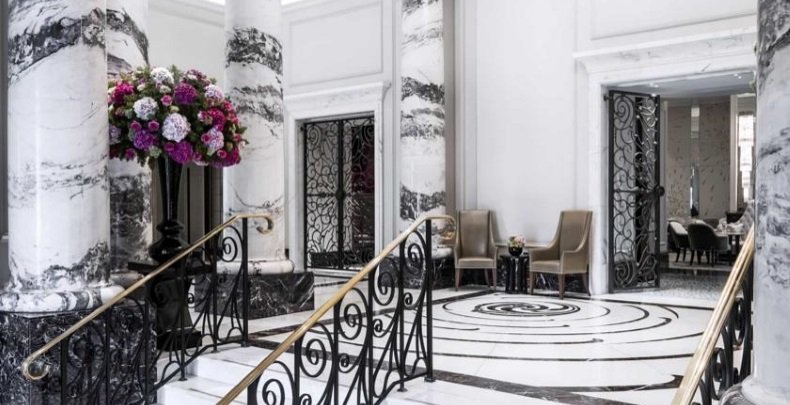 The Langham Hotel has been a popular spot for the rich and famous for over 150 years. This iconic hotel has hosted big names like Winston Churchill, Princess Diana and more recently, Lady Gaga. It’s one of the best hotels in London, with a long history that’s made it a second home for many of the world’s royalty and celebrities. Situated on Regent Street, in the heart of the West End, its 380 rooms are quintessentially English and are accompanied by spas, saunas and, rare for the city, an indoor swimming pool. From 2012-2014 it was awarded the prestigious ‘World’s Best Bar’ by Drinks International. Prices and reservations are available 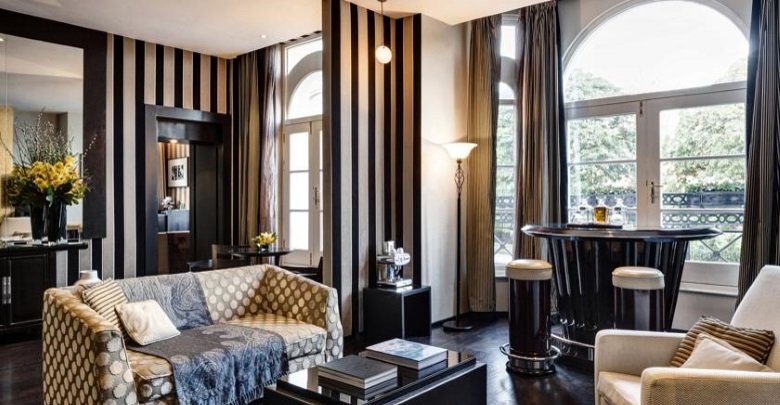 Al Pacino, Halle Berry, Will Smith have all been rumoured to have stayed at this posh boutique hotel. For those looking for an Italian experience in London, the Baglioni aims to cater to the Italian lifestyle. Situated opposite Hyde Park, the hotel boasts 67 beautiful rooms, with 49 suites. Top celebrities will opt for the Royal Suite, an elegant apartment with five bedrooms, high ceilings and breathtaking views of Kensington and Hyde Park. Guests will love the chandeliers, circular bar, and water feature and its a favourite hit as one of the top celebrity hotels in London 2022.

Can’t spot the celebrities at these top celebrity hotels in London?

Check out Madame Tussauds London to see them and many other celebrities!