Go celebrity spotting with our guide to the top celebrity hotels in England 2018. We’ve really gone behind the scenes to give you the scoop on the hotels that those A-list celebrities love to stay at. From private beaches to 18 hole golf courses and private helipads, people like Tom Cruise, Kate Moss, Mel Gibson and Catherine Zeta-Jones are definitely know how to live in style! 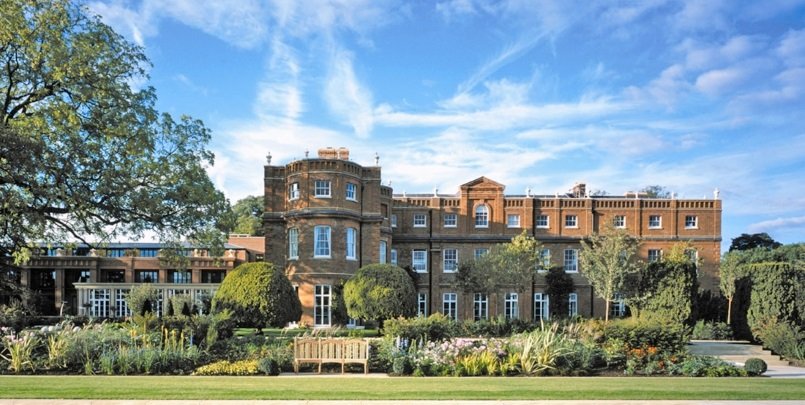 If a hotel has its own helipad then it’s definitely a good sign that it’s frequented by the best of the A-list Celebrities. And The Grove doesn’t disappoint. Actors like Tom Cruise and Hugh Grant, singers like Kylie Minogue, icons like the Beckhams and politicians like Tony Blair have all stayed here at one time or another. The Grove is actually located in Hertfordshire, so its not too far away from Arsenal football training ground, so you get a low of footballers like Theo Walcott and footballers wives staying here. The hotel itself is impressive! 300 acres of parkland, 217 luxury rooms, spa, golf course, tennis courts and even a private beach!! And to top it all off, this top celebrity hotel is only a 40 minute drive from Central London.

There’s nothing like staying in the Hampshires in the New Forest, one of the most spectacular locations in England. Chewton Glen is a 5 star luxury country house hotel fully equipped with spa, gym, indoor and outdoor tennis courts and 130 acres land. That makes it the perfect place for the likes of Kate Moss and Gwyneth Paltrow to relax and chill out.

This very snazzy hotel has seen a few major celebrities over the years like Gwyneth Paltrow and David Garcia. And in 2010 Jamie Cullum and Sophie Dahl got married here. Lime Wood is another fabulous hotel located in the New Forest National Park and is just a 90 minute drive away from London!

Moving further afield, the Balmoral Hotel in Edinburgh is really the place for celebrity spotting in the city. It’s rumoured that J K Rowling finished off Harry Potter and the Deathly Harrows in room 652, which has now been nicknamed ‘The Harry Potter Suite’. Other guest celebs have included Oprah Winfrey, Sean Connery, Catherine Zeta-Jones and Mel Gibson. And the hotel has everything going for it…a five-star hotel with 168 rooms and 20 suites. Overlooking Edinburgh Castle and the shops on Princes Street with amazing service and a one-star Michelin restaurant.

We recently reviewed Drakes in Brighton for our guide to the best restaurants in Brighton. But to be honest, the hotel is also pretty awesome, with very cute rooms, 11 of which have stunning sea views. That’s why Drakes has over the years drawn in the likes of Woody Allen, Cate Blanchett, Kylie Minogue and Will Young.

The Dorchester is really somewhat of an institution when it comes to London hotels, having been around since 1931. Over the years, the hotel gained the reputation of being one of the best in the world, and has hosted the likes of Kings, Queens and all kinds of famous people. Located on the super expensive Park Lane near to Hyde Park, its most recently attracted the likes of Kate Moss, the Kardashians, Mariah Carey, Tom Cruise, Victoria Beckham and Ben Stiller. Now that’s impressive!

London is full of celebrities who stay in only the finest hotels….our article on the Top Celebrity Hotels in London will tell you all you need to know.