Get Westminster Abbey tickets and discover a 700-year-old building visited by over 1 million people every year! Located next to the Palace of Westminster in the heart of the Buckingham Palace neighbourhood of Central London, it is one of the UK’s most important religious buildings, having served as the site for 38 coronations and 16 royal weddings, most recently the wedding of Prince William and Kate Middleton in 2011. Westminster Abbey uses a mix of architectural styles and serves as an incredible example of Gothic architecture. Highlights include the memorial stones to President Roosevelt and Prime Minister Churchill, the Poet’s Corner, the Lady Chapel and the cloisters.

What to see at Westminster Abbey

Many of the Abbey’s memorials can be found in the Nave. The most notable amongst them include the memorial stones dedicated to British Prime Minister Winston Churchill and to US President Franklin D Roosevelt. In St George’s Chapel lies a dedication to those who fell in WW1. Other items include a 14th-century portrait of Richard II and a series of busts of British officers from the 18th Century.

Some of Britains most famous poets and writers are commemorated here including William Shakespeare, Charles Dickens, TS Eliot and Rudyard Kipling. The south and east walls of the transepts is called Poets’ corner after the many statues of poets that line the wall. The east aisle, where three chapels lie, contains the tombs of well-known people from the 18th and 19th centuries. 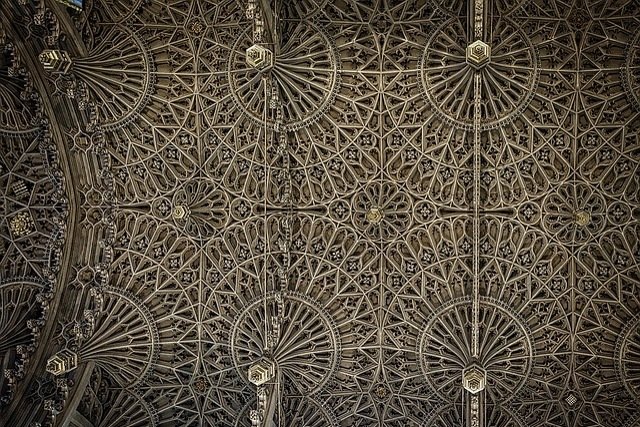 The Ceiling at Westminster Abbey

The Quire or choir was the section of the Abbey originally used by monks for worship. Today it is used by the choir of Westminster Abbey to sing their daily services.  The grand organ, built in 1727, has been used by some of Britain’s greatest musicians including Henry Purcell.

The Lady Chapel is one of the finest examples of 16th Century English medieval architecture, with stunning sculptured decoration and magnificent fan vaulting. Behind the altar lies the tomb of Henry VII and his queen which is surrounded by a bronze screen. At the east end lies the Royal Air Force Chapel, dedicated to British pilots who died in the Battle of Britain during WWII. Stained glass windows contain the badges of those squadrons who participated in the battles.

Dating from the 13th and 14th Centuries, the cloisters were used by monks for meditation and exercise. Each cloister is 100 feet in length. The Chapter House, in the East Cloister, is an octagonal chamber that at one time was the meeting place of parliament. It houses the oldest door in Britain, dating back to the 1050’s.

Westminster Abbey dates back to about 1080, where a church was founded on the site. The original church was where the coronation of several famous kings including William the Conqueror were held. Over 200 years later construction on the present church began by King Henry III and was to become officially a cathedral under Henry VIII due to its wealth and age. The two western towers of the Abbey were constructed between 1722 and 1745 out of Portland stone as part of the Gothic Revival style. Since the reign of Queen Elizabeth I, the Abbey has been known as a ‘Royal Peculiar’ meaning it is directly responsible to the crown and officially named the Abbey The Collegiate Church of St. Peter at Westminster.