Get tickets to St Paul’s Cathedral that also include fast track entrance so you’ll avoid waiting in line. Explore one of the world’s greatest Cathedrals with an iconic dome that is a central part of the London landscape. Highlights include seeing the crypt, walking along the naves, and climbing 528 steps to the top of the Cathedral for amazing views over London.

What is there to see?

The dome consists of 3 structures with a weight of over 65,000 tons and is one of the places definitely worth a visit in St Paul’s Cathedral. A climb to the top of the dome incorporates three galleries along the way. Climb 257 steps to reach the Whispering Gallery, which runs around the dome, 30 metres from the Cathedral floor. It is renowned for its unique acoustic properties, where a whisper against one wall is audible on the wall of the opposite side. Another 119 steps leads to The Stone Gallery, which encircles the outside of the dome. Finally, after 528 steps, reach The Stone Gallery of St Paul’s Cathedral, some 85 metres from the Cathedral floor. From here enjoy 360-degree panoramic views over London. 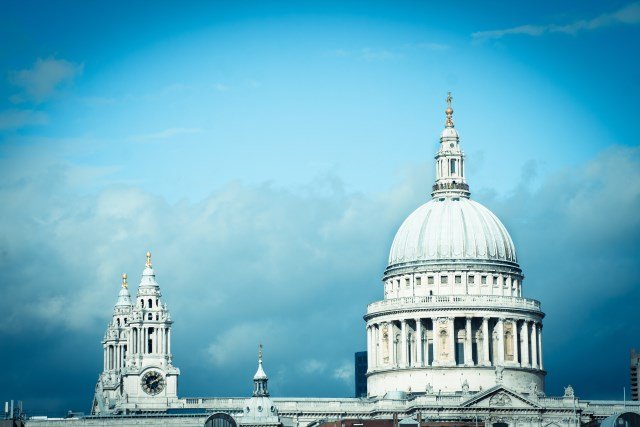 There are seven Chapels at St Paul’s Cathedral!  Each with has its own unique character and is worth seeing. The All Soul’s Chapel is dedicated to Field Marshal Lord Kitchener, who reconstructed the British army in WWI. Next to it lies St Dunstan’s Chapel which is used for private prayer each morning. The Chapel of St Michael and St George honours people who have rendered important service overseas whilst The American Memorial Chapel commemorates the 28,000 Americans who were stationed in Britain during WWII.

To give you a little introduction to the history and background of St Paul’s, there’s a 360-degree film experience that is included in the entrance ticket and is well worth the time.

COVID-19 update: You can see the latest updates regarding this product on the book now page