Visit the Royal Yacht Britannia, Edinburgh with entry tickets to the attraction! Explore one of the most famous ships in the world that was used by the Royal Family for 44 years. Explore five decks, see the State Rooms, enjoy a meal in the Royal Deck and more! This is the most popular attraction in Scotland and these tickets provide entry to the attraction as well as a multilingual audioguide. 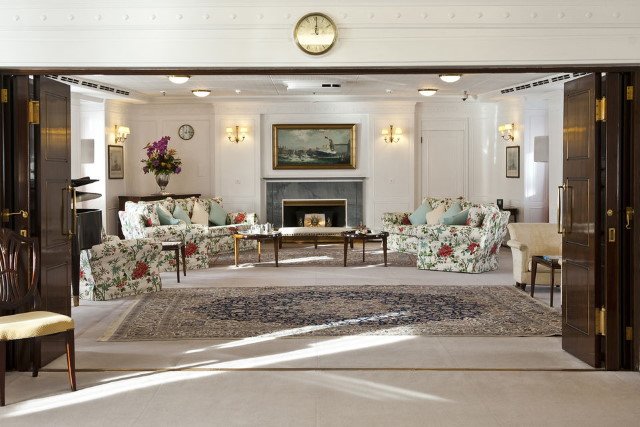 The Royal Yacht Britannia was a working ship whose goal was to advance British interests around the world. As such the ship was fully equipped with grand rooms that would serve this purpose. The State Rooms were used for entertaining businessmen, dignitaries and heads of state. 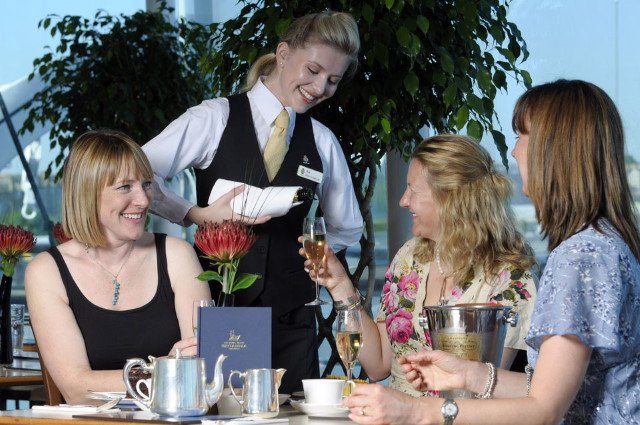 The Royal Deck Tea Room was used for games and entertainment. Today you can enjoy a meal on the Royal Deck with plenty of sandwiches, soups, salads and cakes to choose from. There is also an extensive drinks menu with alcoholic beverages.

See the Admiral’s Quarters, where the Yacht’s admiral would work and entertain. These are amongst the most spacious quarters on the Yacht that reflect the admiral’s importance. You’ll also get to see the quarters of the crew, as well as working rooms including the laundry room, The Navy, Army and Airforce shop and Engine Room. These all played a vital role in the day-to-day running of the ship.

This was the command and control centre onboard the Royal Yacht Britannia. The steering wheel was located one floor below in the Wheelhouse, meaning Yachtsmen would receive orders from the bridge above.