Discover London’s famous attractions with a hop on hop off Thames River Cruise. You’ll get to hop on and off as many times as you wish during a 24-hour period. Sail past many famous attractions like Big Ben, The Houses of Parliament, Shakespeare’s Globe and HMS Belfast. Hop off the boat to explore sights like Tower of London, the London Eye and Borough Market.

Our Hop on Hop off Thames River Cruises is an easy way to explore the best of London. Purchase your tickets today! 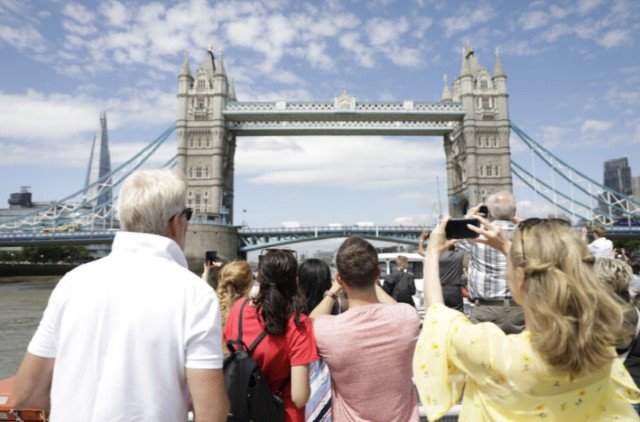 Hop onboard your Thames River Cruise and set sail! The River Thames runs through the heart of Central London and you’ll notice lots of iconic buildings on both the left and right-hand banks of the river. Once upon a time, the river was the major economic lifeblood of the city. Many famous places were built overlooking it such as the Houses of Parliament and the Tower of London. Today, it’s really easy to reach these places with your hop on hop off Thames River Cruise ticket!

Your Thames River Cruise stops at four piers. You can hop on and off at each pier to visit some of London’s most popular attractions.

Westminster Pier is the best place to hop on and off to reach many famous London landmarks. This includes the Houses of Parliament, Churchill Museum, Buckingham Palace, Westminster Abbey, Cabinet War Rooms and Big Ben. It’s also ideal for walking to many famous locations in London such as Piccadilly Circus, Leicester Square and Covent Garden.

The London Eye Pier is located in the riverside Southbank neighbourhood. Popular nearby attractions include The London Eye, Shrek’s Adventure and Sealife Aquarium. As you stroll along the south bank of the River Thames you’ll notice lots of street performers, shops, cafes and pubs.

Tower Pier is the perfect point to hop on and off for visiting the Tower of London. You’ll also get incredible views of Tower Bridge as you hop on and off the river cruise. The City of London is located nearby, the financial district and a very historic part of the city.

Greenwich Pier is the ideal place to get on and off for visiting the World Heritage Centre of Greenwich. See the famous ship called Cutty Sark as well as the National Maritime Museum and Painted Hall. It’s a steep climb to get to the Royal Observatory, the home of Greenwich Mean Time (GMT) and the historic Prime Meridian of the World.

Nowaday’s if you look out at the river, you’ll spot our hop on hop off cruises showing-off this wonderful city to tourists from all over the world!