Get Holyrood Palace online tickets, with a dedicated timed entry slot to visit the residence. Visit the King’s official residence in Scotland that has been a royal home for over 500 years. Highlights include the State Apartments, Royal Rooms, Mary Queen of Scots chamber and more! Our Holyrood Palace online tickets include a mobile voucher and are a hassle-free way of getting tickets. 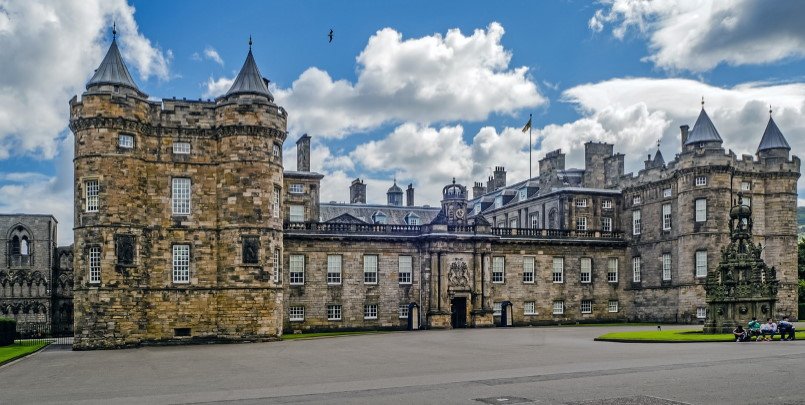 Holyrood Palace began life as a monastery in 1128. This was an important site, situated in the Scottish capital of Edinburgh. Scotland’s King’s chose to live in Holyroodhouse, and in 1501 James IV cleared the land next to the Abbey to build a Palace. Throughout the 16th Century, important extensions were added to the site. It was also during this century that Mary Queen of Scots reigned, and the infamous murder of her Private Secretary took place in her private apartments.

The 17th Century was another critical period in the palace’s history. During the Civil War, the east range of the palace was damaged by fire at the time that Oliver Cromwell’s soldiers were using it as barracks. Several decades later, Holyrood Palace was transformed by the architect Sir William Bruce, including new Royal Apartments and an additional tower.

The 20th Century saw more renovation and restoration, as well as modernisation with the installation of electricity and elevators in particular. It was regarded as a family home by King George V and Queen Mary.

Today, Holyrood Palace serves as the official residence of The King in Scotland. Every year, Her Majesty hosts a garden party for around 8,000 people, and during this time the Palace is closed. For almost all the rest of the year, the Palace is open to the public!