Get tickets to the Churchill War Rooms and discover one of Britain’s most important sites. These secret underground bunkers were critical to the Allies victory during World War II. Go deep underground and discover the fascinating command and control center that was used by the War Cabinet 115 times during air raids over London, and see the place where important decisions were made that decided the future of Britain and the world. Visit the Churchill museum to understand and appreciate the life of this extraordinary British Prime Minister, who played a crucial role in steering Britain safely through WWII. Open every day in the heart of Central London and just a few minutes from Big Ben and the Houses of Parliament, get your Churchill War Rooms tickets today!

What to see at Churchill War Rooms

Discover the underground bunkers where Prime Minister Churchill and his inner circle met to fight for Allied victory in WWII. The informative audio guides provide a great overview and the fun interactive displays bring the rooms to life making this a very enjoyable and informative experience.

Learn the life and history of one of Britain’s greatest Prime Ministers. View important objects relating to Churchill’s life and understand his fascinating life story, starting from his childhood and early political career up until his war years and retirement. Listen to extracts of some of his most famous wartime speeches and read the many revealing letters that he exchanged with his wife Clementine. 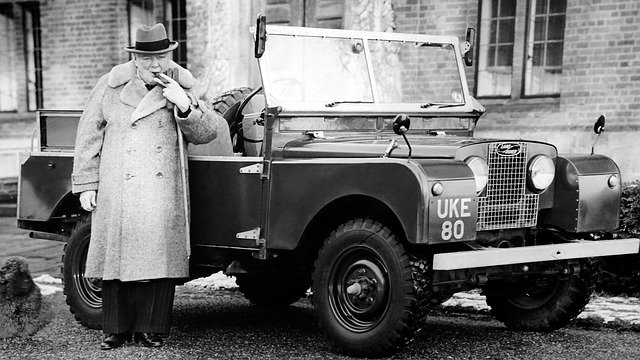 A group of basement offices in Whitehall was chosen to serve as the command and control centre of Britain during WWII. Churchill’s war rooms, otherwise known as the Cabinet War Rooms, were used for the War Cabinet meetings some 115 times during air raids on London. A secure connection allowed Churchill so speak directly to President Roosevelt from safety. A map centre was used to mark the locations of British military positions around the world and well as providing daily military information for the King, Prime Minister and military Chiefs of Staff. The War Rooms were completed just a week before Britain declared war on Germany and were operational for 6 years until 1945.

How to get to Churchill War Rooms

The Churchill War Rooms are located in the Buckingham Palace Neighbourhood of London, close to the Houses of Parliament and Big Ben.