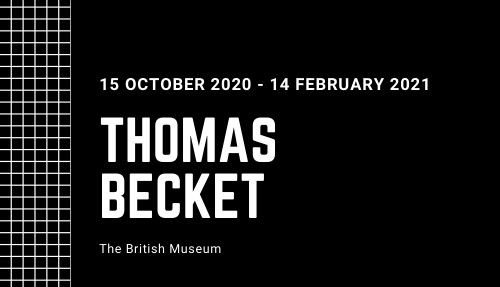 The Thomas Becket Exhibition takes place at The British Museum from 22 April to 22 August 2021. One of the most powerful people of his time and Archbishop of Canterbury, Becket was murdered on 29 December 1170 following a bitter dispute with King Henry II. This major exhibition marks the 850th anniversary of Becket’s dramatic murder that changed the course of history. It will present objects associated with Becket, including medieval stained glass, manuscripts, jewellery and sacred reliquaries. The exhibition also presents his life, from a London merchant’s son to Archbishop, and from a revered saint in death to a ‘traitor’ in the eyes of Henry VIII, over 350 years later.

The Thomas Becket Exhibition takes place at the British Museum from 22 April to 22 August 2021. You can see further information here.