There are plenty of fascinating things to do at Tintagel Castle, an ancient site that is famous for its gripping Arthurian legends and spectacular dramatic location. Visitors love learning about the captivating legends of King Arthur as well as discovering the castles fascinating history which dates back to the Dark Ages. Highlights of a visit include discovering the ruins of the ancient castle, learning about the legends and history in the informative exhibition centre and taking in the breathtaking natural scenery, including Merlin’s Cave and Tintagel beach. Situated in the Cornwall region of southwest England, Tintagel is located in the rural countryside 60 miles from the city of Exeter. 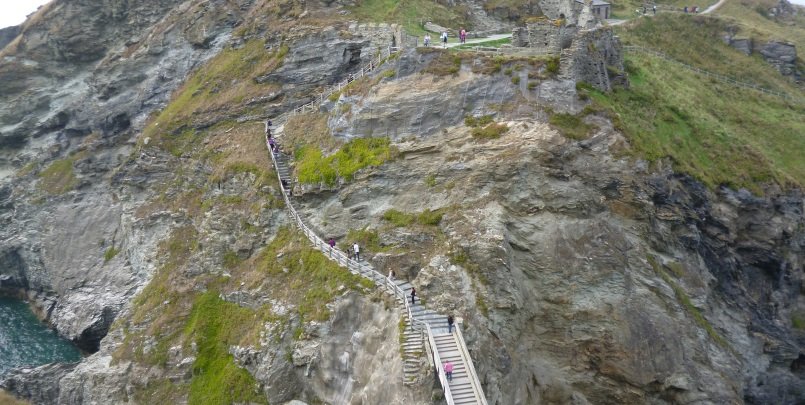 Tintagel Castle by Colin Gregory under CC BY 2.0 License

Things to do at Tintagel Castle:

Tintagel Castle’s visitor centre cleverly tells the fascinating 1500-year-old history of the castle. Learn about its roots as a Dark Age trading settlement, and discover why Richard, Earl of Cornwall, decided to build a castle on this site. The exhibition includes rare artifacts and ancient objects as well as an impressive 3D model that showcases the castle throughout the ages. 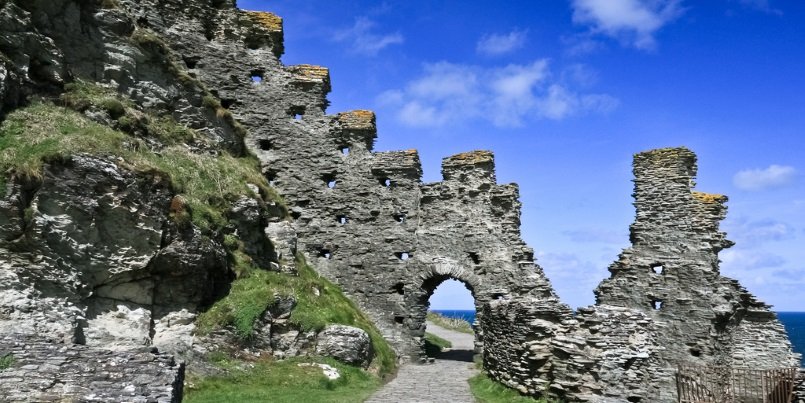 Tintagel Castle by sagesolar under CC BY 2.0 License

Climb the 148 steps that lead into the island of Tintagel and from there to pass through the wooden door into what was once the Great Hall. Visitors can then walk through the Inner Ward area and discover how the site was organized and inhabited during the dark ages.

Learn about the legend of King Arthur and see how he is deeply connected to the site. The legend goes that once upon a time, one of the barons of an English king named Uther Pendragon was forced to send his wife Ygerna off to Tintagel Castle to stop her falling into the arms of the king, who was madly in love with her. The king, whilst set upon winning her heart realizes that sending his army to conquer the castle would not succeed, since the castle was too well protected and impenetrable by conventional forces. So instead he turned to the ‘prophet’ Merlin who dreams up a supernatural remedy. By using a potion to transform the king so that he looks exactly like the baron, King Uther was then able to walk right past the guards and into the castle, where he takes Ygerna to her bed. That night she conceived Arthur, who would become known as a great warrior renowned for his extraordinary bravery. 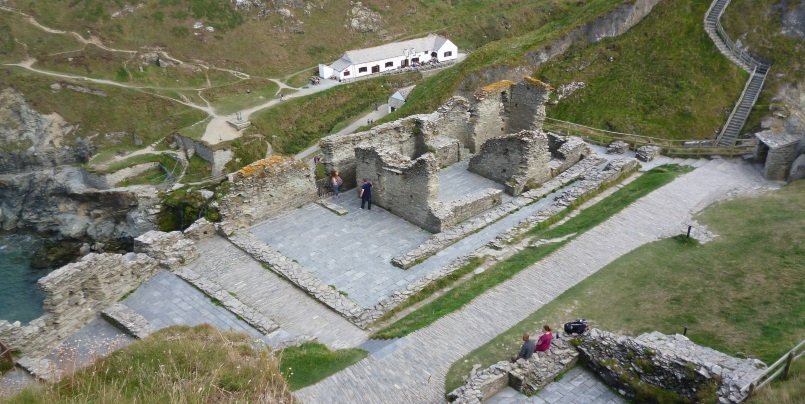 Tintagel Castle by Colin Gregory under CC BY 2.0 License

Discover the remains and artifacts from the dark age settlement, which served as an important trading post between Cornwall and the rest of the world. The remains at Tintagel reveal some interesting features, including the deep defensive ditch at the sites entrance that was used in order to protect the castle from invading forces.

Visit the beach, which is a perfect opportunity to chill out, relax and enjoy the wonderful surroundings. Visitors love the sites majestic location which is perfect for paddling or to explore the rock pools. A highlight is Merlin’s Cave, an impressive natural formation that is also linked to the legend of King Arthur. Merlin is known as the wizard in the Arthurian legends, and in one of Tennyson’s poems called The Idylls, Merlin’s Cave is the site where Merlin discovers the baby Arthur in the waves and brings him to safety. 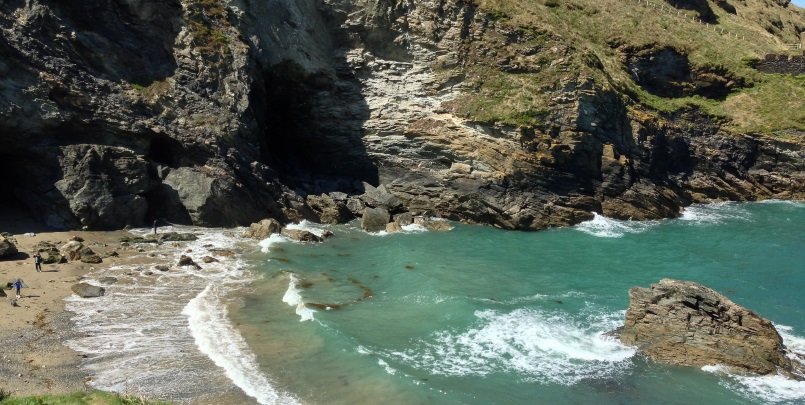 Merlin’s Cave and the Haven by Glen Bowman under CC BY 2.0 License

more about king arthur & the legends…

King Arthur was a great British warrior who, according to many medieval accounts, led Britain in battle against Saxon invaders towards the end of the 5th century AD. Through a range of folklore and literary writings his legendary stories have developed and been embellished over the past 1000 years, with many differing accounts that often contradict each other. Whilst many modern scholars claim that he in fact never existed, what is important is that until this day the stories and legends continue to inspire and excite poeple from all over the world.

You can see further information on the Tintagel Castle website