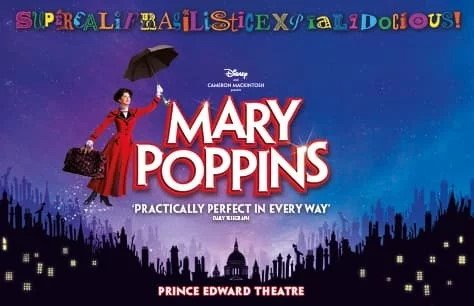 See Mary Poppins the musical with London tickets available until March 2021. Discover the story of the world’s favourite Nanny arriving on Cherry Tree Lane, in this spectacular stage production with dazzling choreography, incredible effects and unforgettable songs. Zizi Strallen plays the title role in this production on show at the Prince Edward Theatre. This award-winning musical returns to the West End having made its original opening in December 2004 where it ran for three years, and during which time it won two Olivier Awards, an Evening Standard Award and the Variety Club Award for Best Musical. The show has inspired audiences around the globe and has been seen by over 11 million people worldwide.

Mary Poppins The Musical is on show in London, with tickets available until 7 March 2021. You can see further details here.