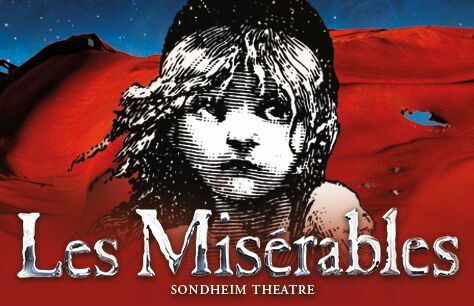 See Les Miserables in London, with 2021 theatre tickets to the world’s longest running musical, seen in 42 different countries and by over 70 million people.  Experience the magic of “Les Miserables” in a newly opened production at Sondheim Theatre. Live the story of Jean Valjean, a French peasant who searches for redemption having served 19 years in prison for stealing a loaf a bread. Featuring songs including ‘I Dreamed A Dream’, ‘Bring Him Home’, ‘One Day More’ and ‘On My Own’.

Les Miserables is reopening in London from 25 September 2021. Theatre tickets go on sale well in advance.

Les Miserables has a long connection with London theatre. The original production opened in 1985 and lasted 33 years, holding the Guinness World Record for the longest run of a musical in London. The original production featured a revolving stage that spins as the actors sing. The original English production opened at the Barbican Theatre and it then transferred to the Palace Theatre where it ran from December 1985 London until 2004. The show then transferred to the Queen’s Theatre which was renamed Sondheim Theatre in 2019. A new and revamped version of Les Miserables opened on 16 January 2020 with a fantastic new cast and rave reviews. The show was forced to temporarily close from March 16, 2020 in response to the COVID-19 pandemic. It is expected to reopen in 2021.

Based on the classic novel by Victor Hugo and set in post-revolution France, Les Miserables tells the story of Jean Valjean, a prisoner who breaks his parole and is chased by the ruthless police inspector Javert. At the same time, a working-class girl with a child is forced into prostitution in order to pay the money to the evil innkeeper and his wife to look after her child, Cosette. Valjean saves the child and eventually a love triangle is formed between Cosette, Marius who is a student of the rebellion and Eponine, a street girl. The story reaches its climax amongst the backdrop of the June rebellion, with the people singing of their anger and fight upon the barricades.