King’s Cross is a newly developed area of London that’s seen large-scale gentrification over the past years. It’s become a really fun place to visit, with lots of cafes, shops and restaurants. All of this serves the many office workers, tourists and students from the nearby university. Regent’s Canal passes through the northern side of King’s Cross and is a cool place to hang out, and there are even a few small museums to visit on a rainy day. King’s Cross and St Pancras Station make it one of the best-connected neighbourhoods in the capital, and there are even direct trains to and from Paris.

The main way of getting to the area is by taking the train to King’s Cross Station or St Pancras International (which is located on the other side of the street.) Harry Potter fans should make sure to walk past Platform 3/4 where you’ll see the iconic trolly in the wall! And the Harry Potter Shop is located next door. 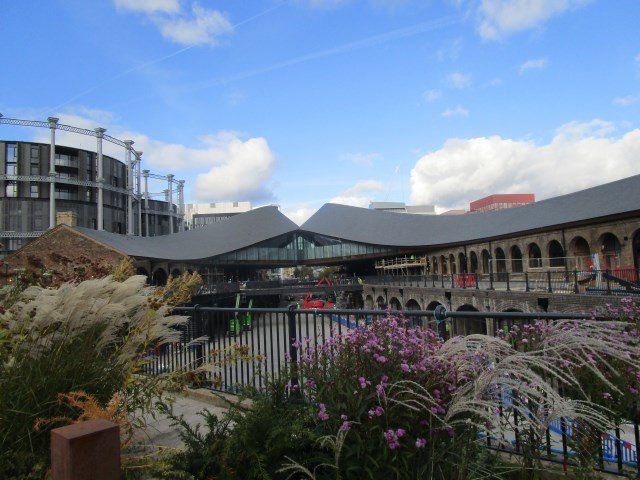 Coal Drops Yard is one of the newest spaces in London with 100,000 square feet of experiential shopping. You’ll find lots of shops, bars, cafes and restaurants in this converted railway warehouse. Some highlights include:

Opposite Coal Drops Yard is a large open space called Granary Square. During the daytime it’s bustling with students from the design and art college that overlooks the space. And at nighttime there’s a real buzz in the air, with popular restaurants and bars, and occasionally pop up food stalls. The square centres around the impressive fountains that make animated and colourful water shows during the daytime. 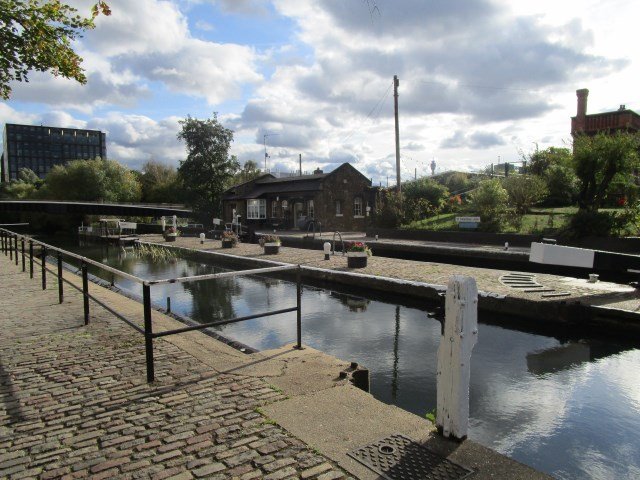 Regents Canal runs by the side of Granary Square and Coal Drops Yard. It’s the perfect place to go for a short walk or to sit on a bench and watch the boats go by. There’s even a floating cinema during summer months, along with fitness events like a morning yoga class.

The King’s Cross area is home to several small museums, that are perfect to visit on a rainy day.

The Wellcome Collection is a free museum that explores the connection between medicine, art and life. It’s a very diverse space, were you’ll find anything from Napolean’s toothbrush to exhibitions about the impact of buildings on people and health in the 21st Century.

A small museum dedicated to the history of London’s canals. It charts the development of the waterways, how they were used throughout the years and today’s gentrification schemes around the canals.