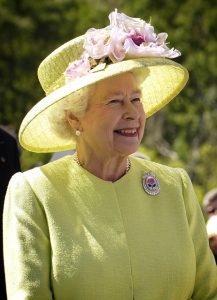 Going to London to visit the Queen? Well, whilst it might not be possible to get a Royal Audience with her majesty, if you’re in the right place at the right time, you might be able to get a glimpse.

For starters, check out Buckingham Palace, official London residence of the monarchy. The Palace houses 775 majestic rooms and its private garden is the largest of its kind in London. The queen has been sighted on occasion coming in and out of the grounds. Alternatively, check out Windsor Castle. At nearly 1,000 years old, Windsor is the largest and oldest inhabited castle in the world, and is the family home of the British Royal Family, as well as an official residence of the Queen. Madame Tussauds, one of London’s most popular museum, includes a collection of wax figures depicting the British Royal Family, including of the Queen.

There are regular tours to the residences of the Royal Family, including Buckingham Palace and Windsor Castle.