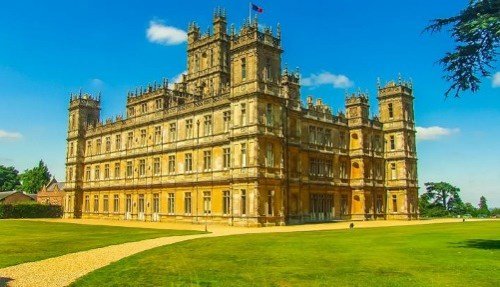 How to Visit Highclere Castle

There are several ways to get to Highclere Castle from London, the real-life location of Downton Abbey. However, given its remote location, public transportation options are limited, with no direct services to the castle. Taking a shuttle bus can be a cost-effective and stress-free way of visiting the castle. There are also Downton Abbey tours from London that combine a trip to Highclere Castle with a visit to some of the villages that were used in the filming of the hit TV series.

There are several Downton Abbey tours from London that combine a visit to Highclere Castle with nearby locations. Spend a visit exploring the popular Downton Abbey filming locations. This includes a visit to the village of Bampton, which was used as Downton in the TV series. Every year around May, the castle also puts on a week of special events centred around a theme, such as art and architecture. In this case, there are usually minibuses that run from London to the castle, including transport and an entrance ticket to the special event.

Since visits to the castle are only permitted at certain times throughout the year, tickets to Highclere Castle get sold out fast. In this case, we recommend checking our page here, which details all the different places to look to find tickets.

By Bus from London:

Our shuttle bus runs on selected dates during the year to Highclere Castle from London. The bus includes an entrance ticket to the castle, along with return transportation to Central London, with several pick up locations in the city. You’ll have over 3 hours to explore the castle, grounds and see the real-life filming locations for Downton Abbey. Our shuttle bus is the easiest way of getting to the castle if you don’t have access to a car.

By Train from London:

There are no direct trains to Highclere Castle. There are however trains from London Paddington to Newbury station, which is 5 miles from the castle. From Newbury, it is advised to take a taxi from outside the station, which should cost around £15-£20 one-way. Alternatively, there is a direct train from London Waterloo to Andover. Similarly, from here it is advisable to book a taxi in advance.