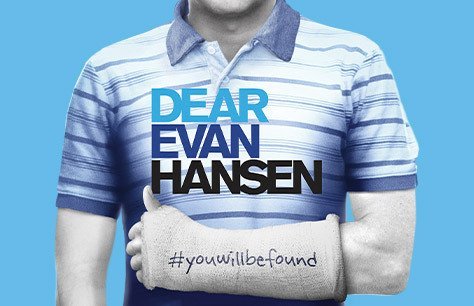 See Dear Evan Hansen with London tickets available until 27 June 2020 at the Noel Coward Theatre. The musical first premiered in Washington D. C. in 2015 and made it’s Broadway debut in December 2016. It has won 6 Tony Awards including the award for Best Musical. The book is written by Steven Levenson. with music and lyrics by Pasek and Paul who were behind La La Land and The Greatest Showman. These London 2020 performances see Sam Tutty take on the leading role of Evan Hansen in his West End debut.

Dear Evan Hansen is on in London with tickets available until the end of June. You can find further details here.