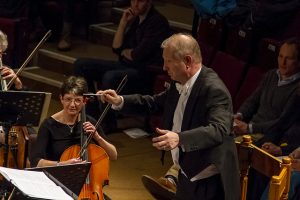 The creation by Haydn will be performed by the London Philarmonic Orchestra at the Royal Festival Hall in February 2017. The creation is one of Haydn’s most popular works, and is especially well loved by audiences. For this grand performance of the work the LPO is joined by soloists and the London Philharmonic Choir. Also included in this star-studded program is the world renowned conductor Sir Roger Norrington, famous for his interpretations of Haydn and early music. The performance takes place at the Royal Festival Hall which is the home of the London Philharmonic Orchestra.

The Creation by Haydn will be performed in London at the Festival Hall on February 4th, 2017.