Canterbury is an historic English Cathedral city and home to several UNESCO World Heritage Sites. Situated in the idyllic Kent countryside, the city is well-known as the location of Canterbury Cathedral, one of the oldest Christian places of worship and home to the leader of the Church of England. Discover the Cathedral’s extraordinary architecture, stain glass windows and the shrine of St Thomas Beckett. Other highlights of the city include a visit to St Augustine’s Abbey, Howletts Wild Animal Park and Westgate Gardens.. Many visitors choose to take a tour to Canterbury from London and often combine a visit to other nearby sites. 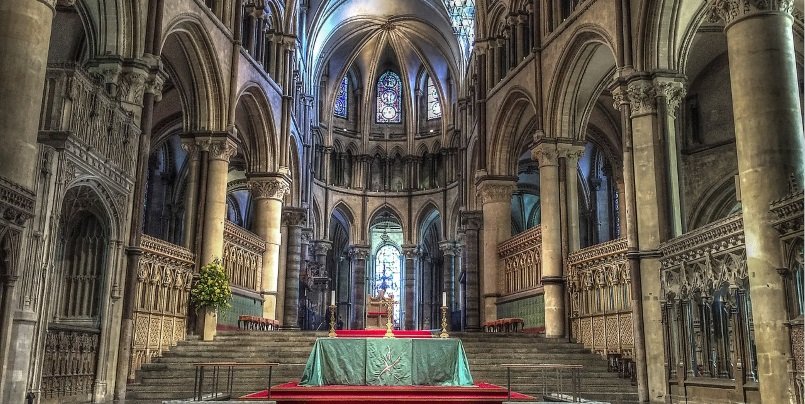 Canterbury Cathedral has been at the centre of Christian religious life in England for over 1700 years. Admire one of England’s greatest buildings, with the oldest parts dating from 1070 AD. Visit the north-west transept (also known as the Martyrdom) where Archbishop Thomas Becket was murdered on 29 December 1170 by knights of King Henry II. Admire the stunning stained glass windows of the Trinity Chapel completed in 1184 and hear the hour struck on the bell called ‘Great Dunstan’, one of the 21 bells in the Cathedral housed in 3 bell towers.

Founded around 597 AD by St Augustine, the remains of this abbey mark the start of the rebirth of Christianity in south England. It is a designated world UNESCO World Heritage Site, with fascinating archaeological remains. Admission also includes an audio tour and entrance to the museum.

Since the Middle ages, residents and visitors have come to the Westgate Gardens to relax and enjoy the beautiful surroundings. Highlights of the park include the Norman archway, 200 year old Oriental plant tree and war memorials to the Burma and Italian campaigns of WWII.

Howletts Animal Park has over 400 animals, including rarer species like baby rhino, baby elephants, and giant anteaters as well as gorillas, tigers, and leopards.