Our guide to the best places to visit in the Cotswolds feature some of the prettiest towns and villages in the area that are special for their iconic thatched roof cottages, honey colored stoned houses and picture postcard properties. The Cotswolds is a designated Area of Oustanding Natural Beauty set within the glorious English countryside, and is easily identifiable for its iconic rolling hills that elegantly pass between six counties. The area is home to many bustling market towns which offer a taste of quality local produce as well as some of the more quieter and off-the-beaten-track villages.

Many visitors choose to take a Cotswolds tour to the region from Central London. 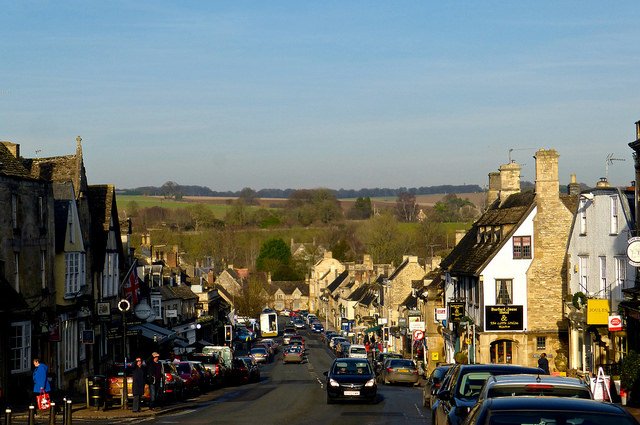 Burford: Best places to visit in the Cotswolds. Photo by Herry Lawford

If you’re traveling to the Cotswolds from London, then Burford is probably the first place to visit. Its known as the “Gateway to the Cotswolds” since its located right at the edge of the region, just off the A40. The main high street is set down a sloping hill, and you’ll find on either side of the road local shops, cafes and antique stores, as well as the local honey-coloured stone houses. 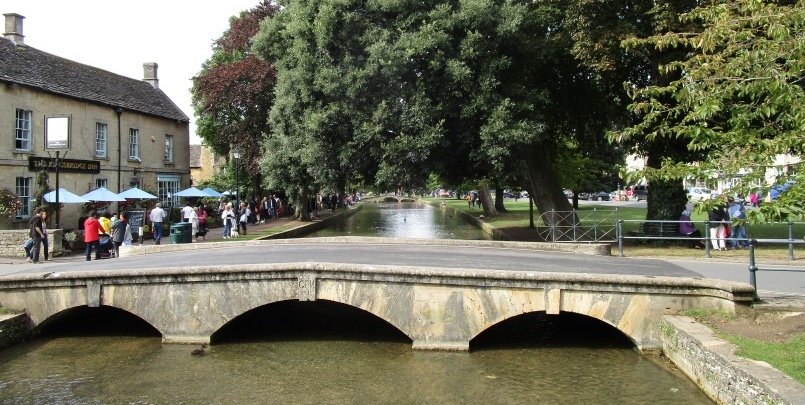 Probably the most famous of the Cotswolds villages, Bourton-on-the-Water is known locally as “Little Venice” because of the bridges that crisscross the river that flows through the middle of the town. It really doesn’t get more picture postcard than this! There are plenty of things to do in Bourton-on-the-Water – you’ll find traditional pubs and local antique shops on both sides of the river and there’s even a Cotswolds motoring museum with a collection of classic British cars. You can visit Bourton-on-the-Water as part of our Cotswolds day tour which departs regularly from London. 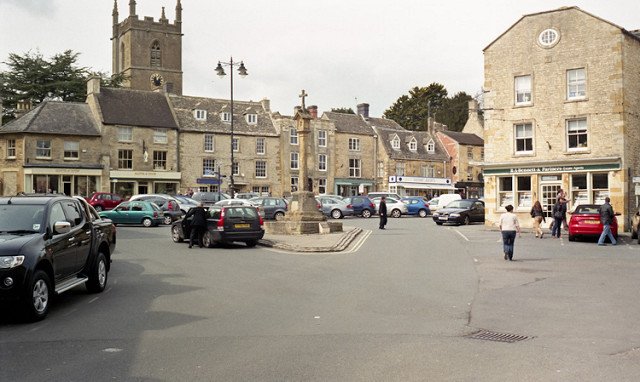 Just 5 miles down the road from Bourton-on-the-Water lies the market town of Stow-on-the-Wold. Once upon a time, this town was famous for its sheep market, where as many as 20,000 sheep would be sold. And even today, there’s a market held on the first Thursday of each month. Whilst nowadays you won’t find any sheep for sale, you’ll see loads of local stands selling food, drinks, cheeses, jams, clothing and more…The town is well known for its many art galleries and antique shops and is a place to base yourself if you are planning to stay a few days in the Cotswolds, with lots of accommodation options. You can visit it on our Cotswolds & Oxford day tour, with departures from London and Oxford. 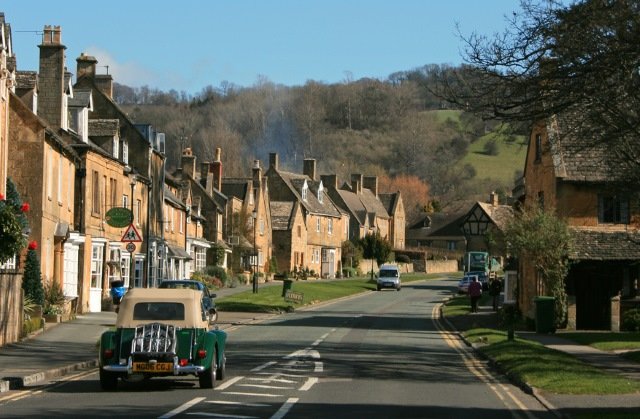 Best Places to Visit in the Cotswolds: Broadway. Picture by Nikki Tysoe

Broadway centres around a very wide (or broad) street and is where you’ll find lots of art galleries, boutique furniture stores and very upmarket shops. One of the best hotels in the area, the Lygon Arms, is located right on the high street, not far from Broadway Museum, which takes its collections from the world famous Ashmolean museum in Oxford.

Best Places to Visit in the Cotswolds: Cirencester

For those looking for an authentic Cotswolds experience, head to the market town of Cirencester, known by locals as the capital of the Cotswolds and included in our list as one of the best places to visit in the area. Be sure to catch the bustling markets that take place each week, the street market (Monday and Fridays), the Cattle Market (Tuesdays) and the Antiques Market (Fridays). The town also has a great selection of boutique shops, restaurants and cafes. Cirencester is one of the most interesting places to visit in the Cotswolds, with a rich historical past, at one point being the second largest town in Britain during the Roman era. Visitors can appreciate remnants of its historic tradition including its impressive Roman amphitheater which offers free entrance to visitors. A trip to the Corinium Museum provides a wealth of history about the area, as well as a rare collection of Roman mosaics. Also of interest are the beautifully landscaped gardens at Cirencester Park, home to the Earl of Bathurst. Cirencester is also included in our 2 day tour of the Cotswolds, Bath & Oxford. 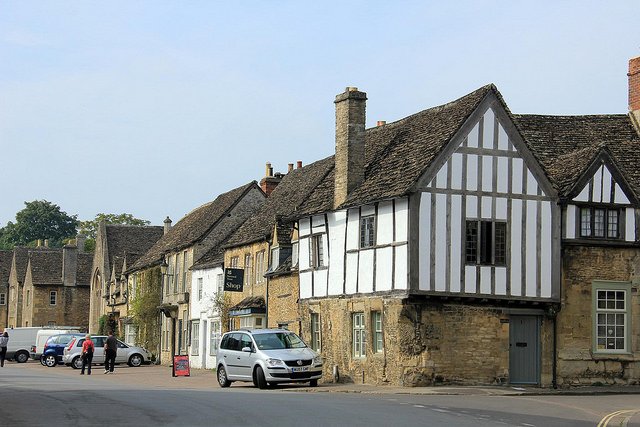 Lacock might seem a familiar sight, having been used in a number of film and TV series including Harry Potter, Downton Abbey, Wolfman and Pride and Prejudice. The centerpiece of the village is Lacock Abbey, founded in 1232 and later to become a Tudor Family Home. It is famous for being the site where William Henry Fox Talbot took the first photographic negative, which is documented in the Talbot Museum, located on the ground floor of the Abbey. Discover the Medieval Cloister, used for hundreds of years by nuns as well as the 18th Century Gothic hall and the impressively furnished rooms. Visit Lacock as part of our day tour to Stonehenge, Windsor Castle & Bath. 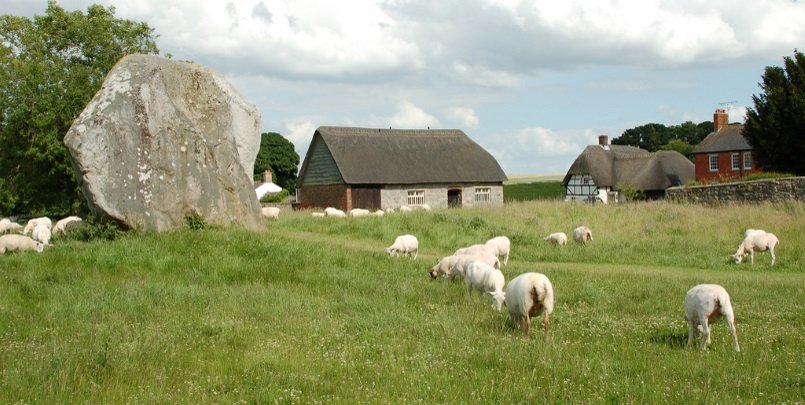 Avebury contains the largest stone circles in Europe which date back thousands of years to Neolithic times. It is one of the best places to visit in the Cotswolds and a designated World Heritage Site which rivals the nearby Stonehenge, attracting thousands of visitors each year who flock to Avebury to see and explore these mysterious sites. The nearby Avebury village contains many pretty thatched houses, and well as two interesting museums. We offer a day tour to Avebury from Central London that also visits Stonehenge and Salisbury.

The village of Bampton is most recognizable for the role it played in the filming of the TV series Downton Abbey, where it served as the fictitious town of Downton. The old grammar school building was used as Downton Hospital. St Mary’s Church was used for many key events including weddings and funerals. Churchgate house served as Crawley’s family home. Tours to Cotswolds, Blenheim Palace & Bampton are available twice a week from London. 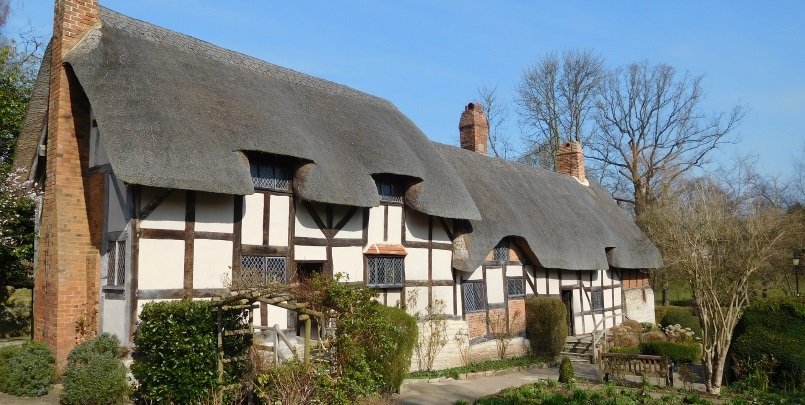 Stratford-upon-Avon is perhaps best known for its literary connection being the birthplace of William Shakespeare. Thousands of Shakespeare admirers flock to this pretty market town each year to check out the five Tudor homes and gardens that are all linked with the life of the great English writer. One of the best places to visit in the Cotswolds, Stratford-upon-Avon is ideally located on the banks of the River Avon, a popular place to chill out and relax.

best places to visit in the Cotswolds:

Trips to the Cotswolds are often combined with other nearby towns and cities. The city of Bath lies 15 miles from Lacock village and is famous for its Roman baths as well bustling contemporary shops and restaurants. The university town of Oxford is popular with visitors who are returning to London and wish to stop off on the way to break up the journey.

tours to the Cotswolds:

Taking a tour can be the most convenient and effective way to see some of the best places to visit in the Cotswolds. Our top tours to the Cotswolds departing include:

This day tour to the Cotswolds from Oxford is available 3 times a week and includes a tour guide, transportation, and a two-course lunch. Visit picturesque Cotswolds towns and village including Burford, a medieval market town nicknamed “Gateway to the Cotswolds” and Bourton-on-the-Water, known as the “Venice of the Cotswolds”. It also includes a visit to Blenheim Palace This is a great to get a feel for the typical Cotswolds villages in a day.