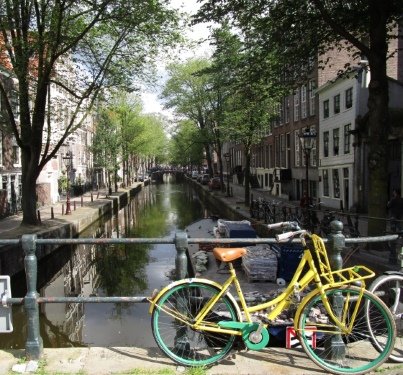 There are several way to get from London to Amsterdam on a day trip. The fastest and easiest way is to take a flight, with regular departures from all London airports into Amsterdam Schipol. The flights takes under 1 hour. The Eurostar operates a service between London and Amsterdam with a change of train in Brussels, with a travel time of around 4 hours, departing from London St Pancras station. Travel by bus is not recommended since a one-way journey will take around 11 hours.

A Eurostar train service runs between London and Amsterdam, direct or with a change of trains in Brussels. The journey takes around 4 hours one-way, and is the perfect way to travel from the centre of London to the centre of Amsterdam.

The fastest way of going on an Amsterdam day trip from London is by flight. There are direct flights from London Heathrow, Gatwick, Luton, Stansted & City airports.

London City airport is the only London airport located in the capital itself, and is easily accessible via the Docklands Light Rail (DLR), which connects with underground train services at Bank station. This is also the smallest airport in the capital, and mainly designed for businessmen. This means that check-in is fast, and the process is normally hassle free.