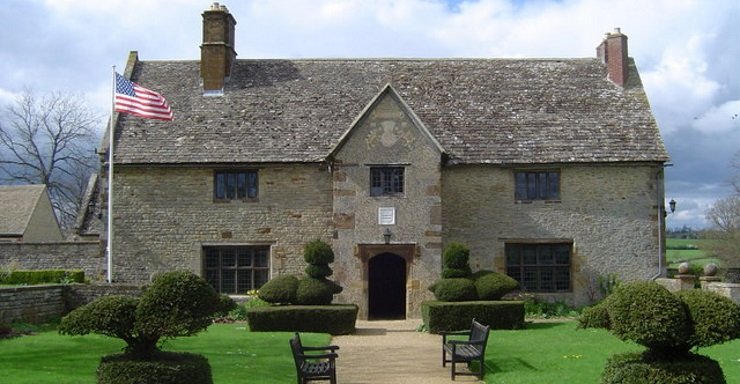 The ancestral home of George Washington, the first President of the United States and a popular American landmark in England. Sulgrave Manor was built by Washington’s direct ancestors and tells the story of how Lawrence Washington’s decedents chose to seek a new life in the New World. Located just 90 minutes from London by car in the picturesque village of Sulgrave,  this is the ideal place for a day trip. You could also combine a trip with a visit to Oxford or Stratford-upon-Avon, which are both 30 miles from the Manor.

The American Museum in Britain, Bath

The American Museum in Britain celebrates American history from the earliest settlers to the 20th Century. It includes the only collection of folk and decorative arts outside the US as well as exhibitions on American heritage. The museum is located in Bath, 90 minutes by train from London.

Right in the heart of Central London lies The Benjamin Franklin House, the only remaining Franklin home in the world, and one of the most important American Landmarks in England. Franklin spent almost sixteen years living on the site, between 1757 to 1775, and the house became the first de facto US embassy in the world. Today the house is open to the public as a museum and education facility, showing the many sides of Franklin as a scientist, diplomat, philosopher, inventor and of course Founding Father of the United States. 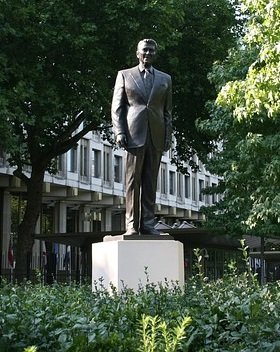 Grosvenor Square, in the heart of Central London, is home to the American Embassy as well as several monuments, memorials and American Landmarks in England.

Although the RAF Museum focuses on British Aviation history, this amazing museum also displays American Aircraft. You’ll get to see impressive fighter planes like the Boeing Flying Fortress used during WWII. The RAF also has a deep resonance with Americans – at the outbreak of WWII, thousands of Americans volunteered to fly with the RAF before the US entered the war in December 1941.

Westminster Abbey has many connections to the US, with sites including a Memorial to President Franklin Roosevelt, the Tomb of William Pitt, and the Congressional Medal of Honour on the Tomb of the Unknown Soldier.