A walking tour of Liverpool is a great way to explore the beating soul of this vibrant city. From the best of the Beatles to ghost walks and architectural trips, there’s plenty of ways to discover this European city of culture. Most of the walking tours depart just a few minutes walk from Liverpool Cruise Terminal and are available on selected days throughout the week. There are also weekly coach tours departing from Liverpool that go to the Lake District and to Wales. 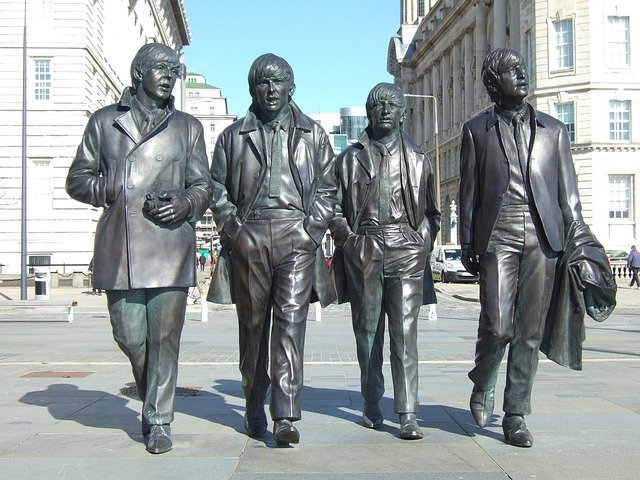 The Beatles walk is a 90 minute guided walk around Liverpool’s city centre where you’ll learn about the life and ever-lasting impact of the Beatles on Liverpool. The tour begins just a few minutes walk from Liverpool port, which means it’s ideal if you’re staying on a cruise ship.

Start the day in the Maritime Mercantile City, a UNESCO World Heritage Site. You’ll get to take a selfie by the statue of the Beatles, which is then followed by a short film introducing Liverpool and the Beatles. Continue on past the Town Hall balcony, which you’ll probably recognize from that iconic photo of the Fab Four returning to Liverpool in 1964. You’ll then head along Matthew Street, passing the Cilla Black and Eleanor Rigby statues before ending the iconic Cavern Club, where the Beatles performed nearly 300 times. The Beatles walking tour lasts 90 minutes and along the way you’ll hear fascinating stories about Liverpool and the Beatles from your tour guide.

Discover the ghosts of Liverpool on a bone-chilling guided walk around some of Liverpool’s most haunted sites! Not for the faint of heart, this award winning guided walk takes you on a journey into the city’s dark and grisly past. You’ll get to visit two famous cathedrals, walk down the most haunted street in Northern England and see the spooky city cemetery. Along the way, you’ll be entertained by some of the most legendary ghost stories, finishing the walk after 90 minutes at Ale House.

A Liverpool introduction walking tour to the city of Liverpool. This 2 hours departs every Friday at 11am during the summer months and visits some of the major sites that shaped the history and culture of the city. Highlights of the tour include visits to:

This tour is operated by the Royal Institue of British Architects. It explores the city of Liverpool by looking at its huge variety of architectural styles. You’ll walk through several of the UNESCO World Heritage Sites in Liverpool, and an expert guide will explain the history and architecture of each of the neighborhoods. Available every Sunday and Wednesday, the guided walk lasts 2 hours.

A 90 minute private introductory walking tour of Liverpool can be arranged for £130 for up to 15 people – it’s the perfect way to visit Liverpool for groups travel on cruise ships as dates and times are flexible. That includes a specialist tour guide and could include any of the itineraries listed above.